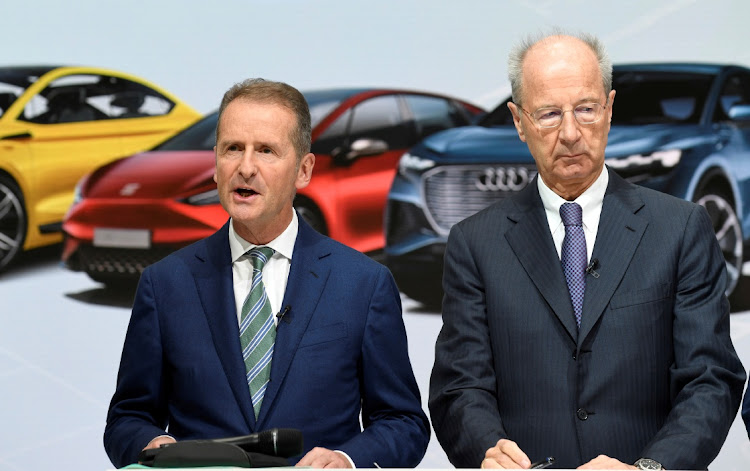 “Integrating ESG criteria into the bonus calculations for our management board offers concrete incentives to pursue the sustainability goals we have outlined,” Pötsch said. The progress of ESG initiatives will be tracked via key metrics, including internal decarbonisation and diversity indices, he said.

The announcement comes as a growing number of financial companies, from banks to private-equity firms, attempt to retool their businesses and portfolios for a future largely free of fossil fuels.

While the move echoes similar steps by BMW and parts supplier Continental, the implications of the world’s best-selling carmaker stepping up its environmental efforts are vast. The company has 125 factories in countries from Brazil to China and estimates its cars alone account for 1% of global carbon dioxide emissions. The group has pledged to become carbon-neutral by 2050 in a major strategy overhaul focused on building the industry’s largest fleet of electric cars.

VW has added ESG targets to its strategic goals and calculates bonuses using a range of factors including the group’s operating performance and in the future also ESG improvement. CEO Herbert Diess received a bonus of just more than €3m for 2019, roughly twice as much as most management board members.

“The market is starting to view ESG performance as positively correlated with financial performance, and to think about ESG as an enhancer of investment returns rather than something requiring a trade-off,” Richard Butters, an analyst at Aviva Investors, said in a report last month.

VW boosted its ESG efforts in the wake of the diesel-engine scandal that erupted five years ago when regulators uncovered widespread cheating on emissions tests. Larry D Thompson, who headed the US government’s prosecution of Enron and in September completed a stint overseeing VW as part of a plea agreement with the US justice department, said the company can be “a long-term and sustainable ethics, integrity and compliance success”.

While VW has made headway when it comes to identifying potential misconduct, its complex governance and shareholder structure remains a concern for investors. In October, BlackRock, the world’s biggest asset manager, reiterated its criticism that VW’s supervisory board lacks enough independent oversight.

Outsiders have little sway at VW because just over 90% of voting stock is in the hands of the three key shareholders: the Piëch and Porsche billionaire clan, the German state of Lower Saxony, and Qatar’s sovereign wealth fund. Pötsch acknowledged the long-standing criticism but argued the company largely complies with German corporate-governance rules and welcomes involvement of its key shareholders.

Comparing ESG initiatives across sectors is complicated by different methodology and priorities used for ratings from providers such as MSCI, Sustainalytics and non-profit organisation the Carbon Disclosure Project. The depth of data companies disclose can also vary significantly in individual regions and is less standardised than, for example, financial reporting based on established accounting standards.

VW has adjusted its peer groups to reflect the company’s new strategy focused on electric vehicles and expanding software operations, Pötsch said. It has added carmakers Tesla and BYD  as well as technology firms SAP, Uber Technologies and Samsung Electronics and will disclose its list of peers in the future, he said.

Green route may be among few financing options for government

More than half of shareholders reject remuneration of former CEOs Stephen Cornell and Bongani Nqwababa, who were cumulatively paid almost R100m
Companies
11 months ago
Next Article

VW chief Herbert Diess gets full support of board

VW chief Herbert Diess gets full support of board