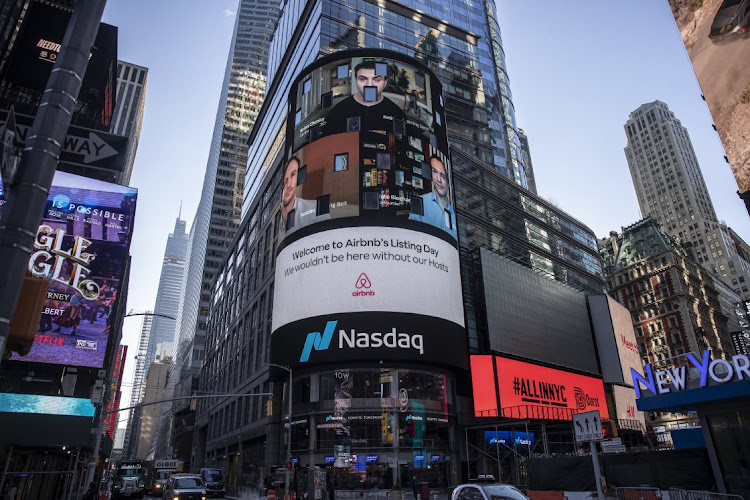 Airbnb co-founder Brian Chesky had an idea of what the company’s first stock-trading day would look like — and this isn’t it.

He was not  in New York to ring the Nasdaq Stock Exchange’s opening bell. Instead, the CEO will be sitting in front of his laptop at his apartment in San Francisco, walking distance from the unremarkable four-storey townhouse at 19 Rausch Street where the company was born 13 years ago.

Back then, it was just a few air beds on a living room floor. Today, Airbnb is one of the world’s biggest travel companies. And on Wednesday, it raised $3.5bn in one of this year’s biggest initial public offerings (IPO), valuing the business at $47bn.

The share sale cements the fortunes of Chesky and co-founders Joe Gebbia and Nathan Blecharczyk, propelling their stakes to $4.8bn to $5.2bn each, according to the Bloomberg Billionaires Index. But his wealth aside, Chesky’s humble celebration fittingly harks back to his ramen days, when the idea was mostly to help pay rent.

“I remember coming here 13 years ago,” Chesky said this weekend by phone from the Rausch Street townhouse. “I was 26, totally broke and packed everything in the back of an old Honda Civic.” The contrast is crazy, but so is the idea of a travel company going public during a pandemic, he said.

Other investors who stand to benefit from the IPO include venture capital firms Sequoia Capital and Founders Fund, and private equity company Silver Lake Partners.

Chesky and Gebbia, both 39 and graduates of the Rhode Island School of Design, were roommates when they decided to inflate a few air beds and offer strangers a place to crash during a design conference in 2007. The idea, coined Air Bed and Breakfast, later became Airbnb. Blecharczyk, 37, joined the pair in 2008. The three control 43% of the company’s votes through their Class B shares.

Earlier in 2020, when the pandemic brought much of the travel industry to a standstill, some observers questioned whether the home-share company would even survive. From his home office in San Francisco, Chesky fought the seemingly long odds, mostly while clad in sweatpants.

It was there, in front of his iMac, that he cut marketing expenses to zero and canned earlier IPO plans; from there that he cried into his webcam while laying off a quarter of his workforce; from there that he watched Airbnb’s unexpected rebound as remote work and short-term stays drove up domestic travel demand.

Covid-19 restrictions shut off international travel and business trips instantaneously, “but what happened was people got in cars and started booking Airbnbs within 300 miles (482km), and booking longer-term stays as well”, Chesky said. Those working from home wanted to work from a bigger home; college children locked out of campus wanted to escape from mom and dad’s house; others wanted to live closer to their families, but not with their families.

In the third quarter, Airbnb’s revenue was down only 18% from a year earlier, compared with the nearly 60% declines that both Expedia and Marriott International saw in the same period. “This crisis revealed just how adaptable our model is,” Chesky said.

The pandemic is still raging — Chesky had to cancel plans to ring in the IPO at the Rausch Street apartment because of new San Francisco lockdowns — and the market has had a cool reception to certain other unprofitable tech unicorns.

If Airbnb’s stock takes a hit in the first weeks of trading, Chesky said he’ll cope. The company was born at the dawn of the 2008 financial crisis and it’s becoming a public entity in a global health crisis, and he has steered it through both calamities.

“Whatever is in store for me won’t be as bad as losing 80% of our business in eight weeks,” he said. “After what we’ve been through in the last eight months, we’re absolutely prepared for what is to come and I think we are going to live in a world of uncertainty for probably awhile anyway.”

One advantage of such a ‘slow-burn’ buyout, is that it gives SoftBank flexibility to purchase its own stock when it dips
Companies
5 months ago