Brazilian private hospital mogul set to cash in with IPO 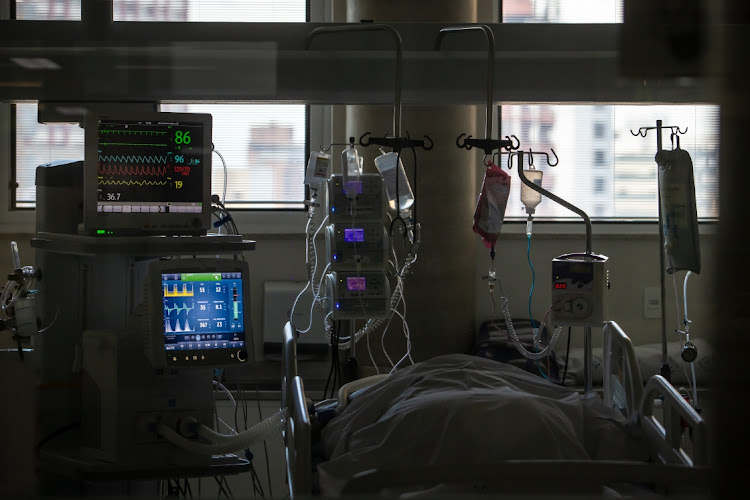 Sao Paulo — Jorge Moll Filho, a cardiologist who built a network of more than 50 hospitals and laboratories in Brazil, is set to emerge as a big winner in an industry turned upside down by a global pandemic.

Moll’s fortune could soar past $8bn if the health-care empire he created, Rede D’Or Sao Luiz, successfully pulls off one of Brazil’s largest initial public offerings (IPOs), according to the Bloomberg Billionaires Index. Calculations are based on the midpoint of the proposed IPO’s price-per-share range and exclude other Moll family members. His net worth was previously estimated at $2.7bn.

A Rede D’Or spokesperson declined to comment on Moll’s net worth.

Like most health-care billionaires, Moll experienced his businesses being pushed to the limit with the Covid-19 outbreak. Brazil was particularly hard hit by the virus, recording more than 6.6-million cases and the second-most number of deaths globally.

Rede D’Or hospitals treated more than 230,000 Covid-19 cases through September while dealing with a surge of cancellations in elective procedures. The number of overall patients seen during that period dropped 14% from a year earlier to 1.3-million. Net income fell 83% in the period.

Still, investors are lining up for the IPO, with a recovery in the firm’s third-quarter revenues fuelling optimism. Rede D’Or said in the prospectus it “quickly adjusted its fixed-costs structure” to face the pandemic fallout, claiming it will help improve performance down the road.

“Rede D’Or has done a phenomenal job consolidating the market for medical services in Brazil, having the ageing of the population as a leverage ahead,” said Fernando Fontoura, a portfolio manager at Sao Paulo-based Persevera Asset Management. “The Moll family has been in the health business for a long time and is really committed to it.”

Born in Rio de Janeiro, Jorge Moll, 74, was a pioneer in realising the lack of high-end hospitals in his home nation offered a profitable business opportunity. Brazil has one of the world’s largest public health-care systems, but it’s plagued with endless lines, bureaucracy and outdated equipment. Those who can afford it frequently turn to private hospitals for care.

Moll started a network of health diagnostics imaging laboratories in 1977 and in the late 1990s began betting on high-end health-care facilities. One of his first ventures was to buy the Copa D’Or, a posh hotel in Rio’s Copacabana neighbourhood, and remake it into a hospital. Moll has said his goal was to mimic the success of Minnesota’s Mayo Clinic.

Drawing big-name backers including private equity firm Carlyle Group and Singapore’s sovereign-wealth fund GIC, his bet paid off. Rede D’Or now has the biggest network of independent, private hospitals in Brazil, according to the company, with 51 facilities and another 32 projects under development. It estimates that 22% of all active doctors in Brazil have some relation to Rede D’Or.

Moll is wagering there’s room for more. The five biggest independent hospital operators in Brazil account for less than 3.5% of total operational beds, according to the prospectus. Only 47-million people, or 22% of the population, have access to private health-care plans, according to data from the national health agency.

The company’s IPO, scheduled to price December 8, could raise as much as 12.7-billion reais, making it Brazil’s second-biggest IPO and valuing the firm at more than 100-billion reais. The Moll family could also sell a piece of their stake if demand is high, filings show. Bank of America is leading the transaction.

At least one early backer will miss out on most of the bonanza: billionaire banker Andre Esteves. His Banco BTG Pactual, which once owned almost a quarter of Rede D’Or Sao Luiz, was forced to sell the asset in 2015 when it faced a liquidity crisis sparked by Esteves’s arrest on corruption charges. He was later acquitted of all charges.

George and Knysna have recorded their highest number of new cases, exceeding those of late July
National
8 months ago

This is the fifth week in a row that excess deaths, which are those above the forecast range, have risen in Nelson Mandela Bay
National
8 months ago
Next Article