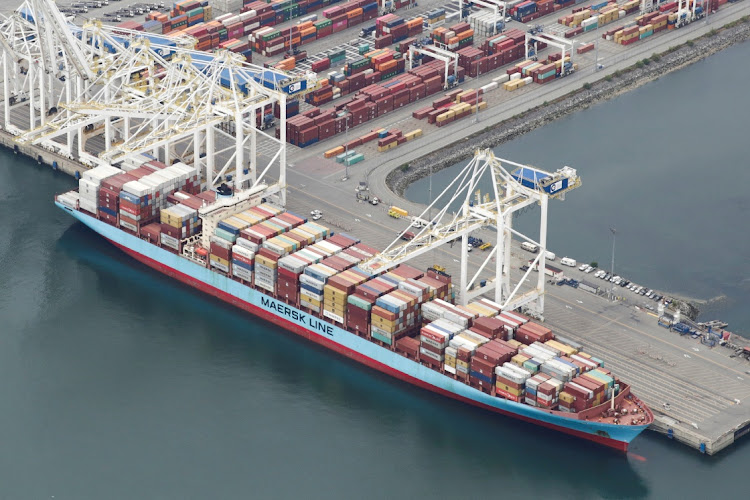 Copenhagen — AP Møller-Maersk  has launched a $1.6bn share buyback programme, as the world’s biggest container shipping company says the Covid-19 crisis has so far dented its business less than feared.

Copenhagen-based Maersk, which, late on Tuesday, raised its guidance for a second time since October, reported a 39% increase in earnings before interest, taxes, depreciation, and amortisation (ebitda) to $2.3bn in the third quarter. Profit by that measure, before restructuring and integration costs, will reach $8bn to $8.5bn this year, it said. Previous guidance was for $7.5bn to $8bn.

The global economy was “still severely impacted” by the pandemic last quarter, Maersk said in a statement on Wednesday. “However, volumes have decreased less than expected.” The company also said “costs were kept well under control and freight rates have increased”.

Maersk transports about a fifth of the world’s containers, giving it a unique view of the state of international trade. Global container volumes increased by about 1% last quarter, which is better than Maersk expected earlier this year, it said. Freight rates rose about 4.4%, on average, from the previous year.

“Very strong results, of course, but again somewhat lower than we had expected given observed freight rate developments,” said Frode Morkedal, MD at Clarksons Platou in Oslo, adding that the improved guidance was also “less than expected”.

Shares in Maersk fell about 1.3% as of 9.15am in the Danish capital, after opening as much as 1.9% higher when trading started on Wednesday. The benchmark index in Copenhagen was little changed.

In an interview with Bloomberg TV’s Anna Edwards, CEO Søren Skou said the surge in freight rates is “of a temporary nature”.

“I certainly don’t think that prices will continue to rise,” the CEO said. “We think things will calm down and normalise in 2021.”

And despite its profit upgrade, Maersk warned that “the trading conditions and the outlook remain subject to a higher than normal volatility given the disruptions caused or potentially being caused by Covid-19”.

The outlook for global trade and the world economy hangs in the balance as the pandemic cements its grip across the northern hemisphere. At the same time, scientists are moving closer than ever to developing a vaccine, potentially laying the foundation for an economic rebound in 2021.

David Kerstens, an analyst at Jefferies, said container demand is “expected to be supported by record-low US retail inventories for the next two to three quarters”, in a note published before Maersk released its results on Wednesday. “Upcoming fixed-price contract renewals will likely be at materially higher rates.”

Maersk should now have a “war chest” of about $12.5bn it can use for acquisitions and share buybacks without jeopardising its investment grade rating, the analyst said. The company will mainly target takeovers in the land-based container logistics industry, Kerstens said.

Meanwhile, Maersk is trimming its organisation to adapt to the challenges it faces. The company took restructuring costs of just more than $100m in the third quarter related to about 2,000 job cuts, as it reorganises its ocean and logistics and services operations.

Increased orders from Southeast Asia reflect a shift in sourcing of goods from China to countries such as Vietnam, says world’s fourth-largest ...
Companies
1 year ago

Shipping groups Mediterranean Shipping and CMA CGM sign up on the TradeLens platform, which aims to cut costs and boost efficiency
Companies
1 year ago
Next Article