US restrictions on supplying Huawei are forcing Huawei to focus on high-end handsets and corporate-orientated business, sources say 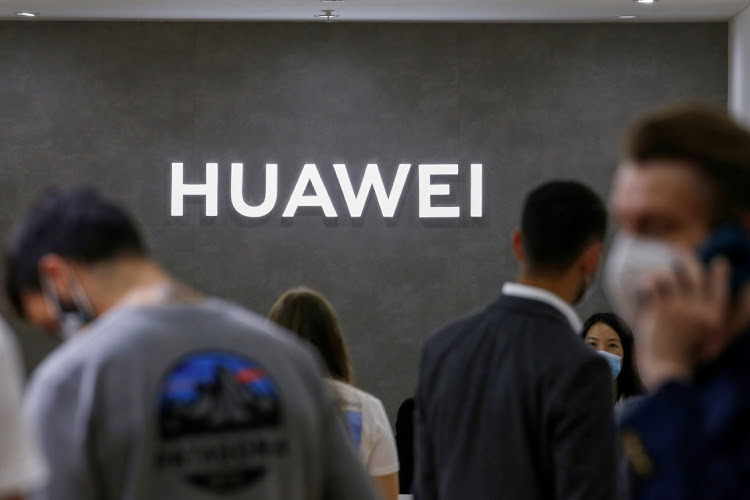 The Huawei logo is seen at the IFA consumer technology fair in Berlin, Germany, in this September 3 2020 file photo. Picture: REUTERS/MICHELE TANTUSSI

Hong Kong — Huawei plans to sell budget-brand smartphone unit Honor in a 100-billion yuan ($15.2bn) deal to a consortium led by handset distributor Digital China and the government of its hometown of Shenzhen, people with knowledge of the matter told Reuters.

The plan comes as US restrictions on supplying Huawei force the world’s second-biggest smartphone maker — after South Korea's Samsung Electronics — to focus on high-end handsets and corporate-orientated business, the people said.

It also indicates little expectation for any swift change in the US perception of Huawei as a security risk following a new US administration, one of the people said.

The all-cash sale will include almost all assets including brand, research & development capabilities and supply chain management, the people said. Huawei could announce it as early as Sunday, one of the people said.

Main Honor distributor Digital China will become a top-two shareholder of sold-off entity Honor Terminal with a near-15% stake, said two of the people. Honor Terminal was incorporated in April and is fully owned by Huawei, the corporate registry showed.

Digital China, which also partners Huawei in businesses such as cloud computing, plans to finance the bulk of the deal with bank loans, the two people said. It will be joined by at least three investment firms backed by the government of financial and technology hub Shenzhen, with each owning 10% to 15%, they said.

After the sale, Honor plans to retain most of its management team and 7,000-plus workforce and go public within three years, the people said, declining to be identified due to confidentiality constraints.

Honor declined to comment. Huawei, Digital China and the Shenzhen government did not immediately respond to requests for comment.

“It seems to be a drastic move given the Honor brand has been highly complementary to Huawei's smartphone portfolio,” said Nicole Peng, vice-president of mobility at market research firm Canalys.

“The interesting synergy with potential buyers actually can be Honor's IoT (Internet of Things) business, which can see potential upside.”

Honor is one of several brands aiming to turn their phones into control centres for internet-connected devices such as home appliances, to capture a potential market for future growth.

Shares of Digital China, which were trading nearly 1% higher on Tuesday morning, hit the maximum upper trading limit of 10% at 31.68 yuan ($4.80) in afternoon trade, after Reuters reported Huawei's plans to sell its unit.

“Digital China is a major distributor for Honor in China so we think this will help Honor maintain its market share in China,” said Tom Kang, research director at market research firm Counterpoint.

“But its overseas operations may struggle as the US policy on a spin-off is not clear and Huawei’s huge marketing support may not be present.”

The US government last year moved to prevent most US companies from conducting business with Huawei — also the world's biggest telecoms equipment vendor — citing national security concerns. Huawei has repeatedly denied being a security risk.

In May, Washington announced rules aimed at constricting Huawei's ability to procure chips featuring US technology for use in fifth-generation (5G) telecommunications network equipment and smartphones such as its premium P and Mate series.

Huawei established Honor in 2013 but the business mostly operates independently. Divestment will mean Honor is no longer subject to Huawei's US sanctions, analysts said.

Honor sells smartphones through its own websites and third-party retailers in China where it competes with Xiaomi, Oppo and Vivo in the market for lower-priced handsets. It also sells its phones in Southeast Asia and Europe.

With margins thin for lower-end phones, Honor booked about six-billion yuan in net profit on revenue of about 90-billion yuan in 2019, said one of the people, citing audited figures.

In the latest phenomenon, the rise of e-commerce has altered the retail industry globally
Opinion
10 months ago

Messaging is pretty passé for South Africans, but the rest of the world is finally catching on to conversational commerce
Opinion
10 months ago

The Huawei logo is seen at the IFA consumer technology fair in Berlin, Germany, in this September 3 2020 file photo. Picture: REUTERS/MICHELE TANTUSSI
Next Article