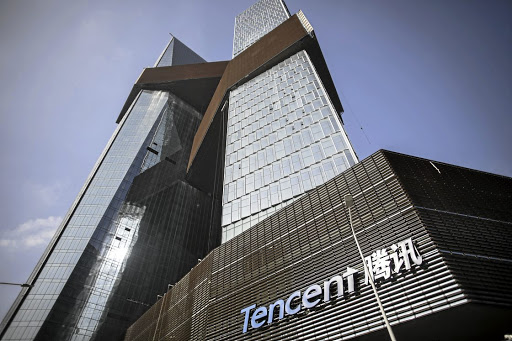 Prosus, which became Europe’s largest technology company this week, has always been something of a Gordian knot for investors.

The Amsterdam-based company derives the entirety of its €141bn market capitalisation from its 31% stake in Tencent Holdings, the Chinese e-commerce giant. Indeed, it trades at a $59bn discount to the value of that holding, meaning that investors essentially ascribe a negative value to its other investments, such as Russia’s Mail. Ru Group and Brazilian food delivery platform iFood.

Tencent stock has soared 57% in 2020, easily making it the best performer in the firm’s portfolio. This raises the question: why would Prosus CEO Bob van Dijk put the company’s money in anything else? It’s hard to find other investments that can deliver similar returns. But equally, why invest in Prosus shares to get exposure to Tencent when you could just invest directly in Tencent itself? That’s the Gordian knot Van Dijk has the unenviable task of trying to unravel.

On Friday, Van Dijk seemed to tacitly admit the struggle to find other investments that could rival Tencent in terms of value creation by announcing plans to buy back as much as $5bn shares in itself and Naspers, the SA parent company from which Prosus was spun out in 2019. It’s a sensible use of the company’s $8.7bn cash pile, most of which derives from the sale of some of its Tencent stake two years ago.

Van Dijk learnt the hard way that shareholders are skittish about how Prosus uses its funds for new dealmaking. The spin-out from Naspers was intended to reduce the discount at which the company traded to its Tencent stake. In the days immediately after the Amsterdam listing in September 2019, the ploy proved successful, as Prosus traded closer to the value of its holding in the Chinese firm.

But just weeks after the listing, Prosus made a £4.9bn bid to acquire the British food delivery platform Just Eat. The company’s shares tumbled, reopening the valuation gap to the Tencent holding. Even though Takeaway.com ultimately bought Just Eat, Prosus continues to trade at a discount to the value of its assets. The Dutch firm still became Europe’s largest tech company by market capitalisation this week after SAP shares declined following a profit warning.

The buyback ought to provide some reassurance to investors that Van Dijk is wary about overspending on deals, though he can always sell more Tencent stock to fund huge acquisitions when a lockup expires in 2021. Plus they’ll benefit from the reduced share count through greater exposure to the Chinese giant.

Van Dijk isn’t so much cutting the Gordian knot as learning to live with it. And that might be what shareholders need.

US officials are mulling restricting the expansion of Ant Group’s Alipay and Tencent’s WeChat Pay, but this could hinder US services trying to expand ...
World
1 year ago

Tencent up on talks of narrower US WeChat ban

People familiar with matter say the Trump administration is privately seeking to reassure US firms including Apple that they can still work with ...
Companies
1 year ago
Next Article