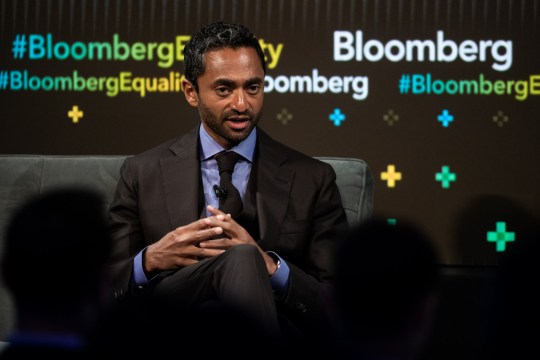 San Francisco —  Clover Health Investments, an insurance start-up backed by Alphabet  and Sequoia, has agreed to go public through a merger with Social Capital Hedosophia Holdings 3, the latest in a wave of deals with blank-cheque companies to list shares on exchanges.

The deal values Clover at $3.7bn, including debt, according to a statement on Tuesday. Clover will receive as much as $728m, and $500m more will be allocated to other Clover investors, the companies said.

The deal will be supported by a $400m investment from Social Capital 3 CEO Chamath Palihapitiya and investors including Fidelity Management & Research  and Senator Investment Group.

The start-up offers Medicare Advantage plans in 34 counties across seven US states for 57,000 members, according to a press release in July, and plans to expand coverage to 74 additional counties. Clover raised about $500m in a round led by existing investor Greenoaks Capital in January 2019, TechCrunch reported at that time.

“We need companies like Clover to help fix our broken health-care system,” Palihapitiya said in the statement. “The company’s rapid growth is a testament to the effectiveness of its tech-enabled approach, which resonates powerfully with consumers and physicians alike.”

Clover CEO Vivek Garipalli and president Andrew Toy, co-founders of the company, will continue to lead Clover, and Palihapitiya will serve as senior adviser to the company’s management. Garipalli and Toy will roll all of their equity in Clover into the new company.

Social Capital raised its first special purpose acquisition company in 2017. It is ramping up its offerings amid a surge in popularity for the investment vehicles. Spacs provide way for companies to gain a listing without the scrutiny or risks of an initial public offering.

Blank-cheque companies have raised $48bn in the US in 2020, more than the past decade combined, according to data compiled by Bloomberg.

The Clover deal is scheduled to close in the first quarter of 2021.

Hyliion, and its young CEO, who is set to become a paper billionaire, is poised to go public using a special-purpose acquisition vehicle
Opinion
8 months ago
Next Article