Microsoft to build new data centres in Greece worth $1bn 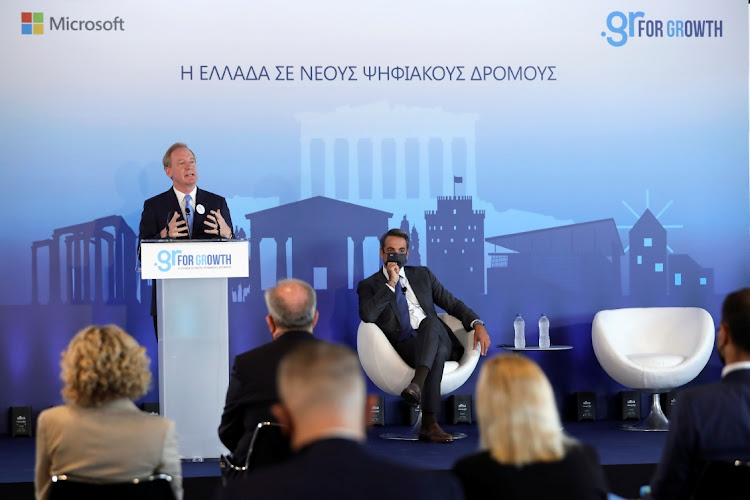 Athens — Microsoft has agreed to build a series of new data centres in Greece, in a move the Greek government says will boost entrepreneurship and encourage other major companies to invest in the country.

The “ongoing” investment will be the biggest by the US technology giant in its 28 years of operations in Greece, Microsoft president Brad Smith said at a presentation in Athens on Monday. The decision “shows confidence in the Greek economy, the Greek people and the government”, Smith said. “It’s not something we do in every country.”

Microsoft will also start a training programme to help fill about 100,000 jobs the initiative will create, Smith said.

The new data centres “automatically upgrade the country as an investment destination”, Greek Prime Minister Kyriakos Mitsotakis said at the presentation, calling the move a vote of confidence in the country’s potential. Analysts estimate that over time the investment will have an economic benefit worth about $1bn, he said.

Mitsotakis and Smith first discussed a Microsoft investment in Greece during a meeting at the World Economic Forum in Davos, Switzerland, earlier this year.

Greece is grappling with an economy that shrank about 25% during the decade-long sovereign debt crisis and which the government expects to lose a further 8.2% this year due to the coronavirus pandemic.

Though unemployment is predicted to fall to 18.6% in 2020 from the crisis peak of nearly 30%, according to the government’s draft budget submitted on Monday, it remains the highest in Europe. The IMF forecasts that joblessness will surge back to about 20% this year.

The government also estimates that the economy will expand 7.5% in 2021, mainly due to a forecast 30.4% increase in investments. Public debt, which had been declining before the onset of the pandemic, is now expected at close to 200% for 2020.

With the agreement announced on Monday, Greece will become the first country in southeastern Europe to host Microsoft data centres.

The company is already working on an artificial intelligence project for the city of Olympia, scheduled to be ready early next year, and it acquired a Greek start-up earlier this year.