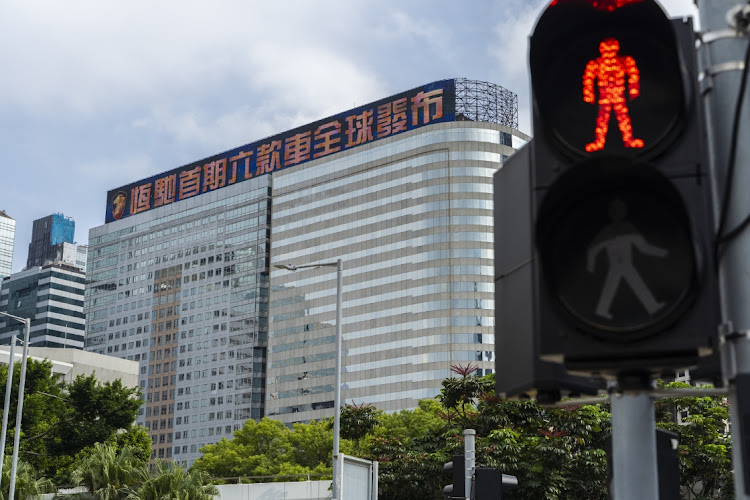 Hong Kong — After the Covid-19 pandemic pulled down the curtain on deal making in the first half of the year, an unexpected bright spot emerged in the third quarter: Asia.

Companies in Asia Pacific have announced $404bn of deals since the start of July, marking the busiest third quarter on record, according to data compiled by Bloomberg. The volume of deals in the region has climbed nearly 11% from a year earlier, while those in Europe and the Americas have plunged.

The coronavirus remains an obstacle, and geopolitical tensions between the US and China have made transactions harder to execute, if not impossible. Still, dealmakers are hardly sitting idle.

“We are seeing a healthy amount of deal activity within Asia Pacific across sectors less affected by the pandemic, particularly in technology,” said Jung Min, co-head of Asia ex-Japan M&A at Goldman Sachs Group based in Hong Kong. “We’re also seeing Chinese companies becoming a lot savvier about which deals can get done internationally.”

In tech, Japan’s SoftBank Group announced the sale of its chip division Arm to Nvidia for as much as $40bn. Indian billionaire Mukesh Ambani has turned heads by attracting more than $20bn of investment in Jio Platforms, the wireless arm of his Reliance Industries empire, and more recently to its Reliance Retail Ventures unit. E-commerce, one of the beneficiaries of coronavirus-driven lockdowns, is at the centre of Ambani’s vision.

Food retail has also proved resilient. Seven & i Holdings’s $21bn purchase of Marathon Petroleum’s Speedway petrol stations, announced in August, gave the company a commanding lead in the US’s convenience-store sector. The deal followed the $5.4bn takeover of Japanese convenience-store operator FamilyMart by Itochu via a successful tender offer made in July.

Even though China’s economy has recovered more quickly than others from the effect of the Covid-19 crisis, Chinese deal making has turned inward. Several countries have tightened scrutiny of inbound investment, and Chinese firms listed in the US are feeling the strain from disputes between Beijing and Washington. While these factors have helped drive a wave of take-private transactions, headline-grabbing cross-border M&A has for the most part given way to more pedestrian corporate deals.

After the Arm deal, the biggest transactions on this year’s Asia-Pacific league table are linked to a reorganisation of China’s pipelines. PetroChina and Sinopec, the country’s biggest oil and gas companies, inked deals worth $56bn to sell their pipeline networks to a new national carrier known as China Oil & Gas Pipeline Network.

Such restructuring transactions are usually labour intensive and fees tend to be low, according to Joe Gallagher, head of APAC M&A at Credit Suisse Group based in Hong Kong.

Global deals in the past three months have bounced back from a lacklustre second quarter, with volumes more than doubling. A broader and deeper revival of deal making may depend not only on M&A-friendly policy, but on dealmakers themselves.

“Until people are able to travel again, it’s hard to imagine a boom in cross-border M&A,” Gallagher said. “In the current environment it’s more challenging to get deals done, unless they involve a local buyer and seller.”

Cross-border deal making is the lowest it’s been since 2013, down 20% in the year to date compared with the same period in 2019, Bloomberg data show.

Chinese companies are still keen on outbound M&A, particularly related to the Belt and Road Initiative, Gallagher said. In August, China Three Gorges agreed to buy 13 Spanish solar park assets owned by X-Elio Energy, in a deal that could become one of the few Chinese acquisitions in Europe in 2020. The state-owned power company is also exploring selling a stake worth as much as $4bn in its overseas asset portfolio, people familiar with the matter have said.

“As the pandemic-related disruption stabilises and market volatility recedes, company boards in China and across the region will become increasingly confident in pursuing larger transactions,” said Tom Barsha, co-head of M&A in APAC at Bank of America based in Hong Kong. “Despite the macro challenges, the appetite for M&A, both regional and cross border, is steadily picking up.”

SA’s top stockbrokers: Who’s looking up from the lockdown

Covid-19 ensured it would be a challenging year for stockbrokers. Not only was everyone working from home, but clients had rapidly changing needs, ...
Companies
11 months ago

Argentina wants to defer about $45bn in payments over the next few years, but IMF will want serious guarantees
World
1 year ago
Next Article