Shares in the electric-vehicle maker dropped 7.5% after much head-scratching over Musk’s highly technical new batteries and promises presentation 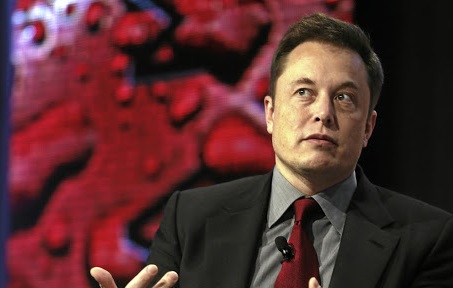 Tesla shares slumped 7.5% in early Wednesday trading, wiping out more than $30bn in market value from Tuesday’s close. Analysts and investors were divided over whether Musk can deliver on his visions of novel, proprietary Tesla batteries that could make electric cars competitive with mass market, petroleum-fueled cars.

Some analysts praised Tesla’s impressive technology, capacity and cost targets. But others said Musk’s promises lacked substance and questioned the three-year timeline he outlined for delivering the promised breakthroughs. Musk acknowledged that some of Tesla’s ambitious technology is proving “insanely difficult” to manufacture at high volume.

Investors had expected two big announcements from Musk: the development of a “million mile” battery good for 10 years or more; and a specific cost-reduction target — expressed in dollars per kWh — that would finally drop the price of an electric vehicle (EV) below that of a petrol car.

They got neither from the event, with Musk promising a $25,000 car three years down the line that would “basically be on par” with a petrol car. Musk has promised such a car for years.

Analysts from Swiss banking group UBS said the promise came with risks. “By the time [the car] arrives, there will be significant competition in the segment, from Volkswagen (VW) group, among others,” the bank’s analysts wrote in a note to clients.

On Wednesday, VW unveiled its latest EV, the ID.4 SUV and said it would be priced to sell in the US for thousands less than a Tesla Model Y SUV.

Tesla has yet to deliver a previously promised $35,000 Model 3 sedan. The lowest-range version of that car currently retails for nearly $38,000 in the US, with narrow profit margins generally making inexpensive cars unattractive to carmakers.

Analysts also criticised that it would take at least another year to see some of Tesla’s battery innovations in production. Musk said the company is starting to ramp up the production of larger, more energy-dense cells at a California pilot facility, but acknowledged the process is not yet fully working.

At $305, the average target price among the 33 brokerages who follow the company is another $100 lower and several brokerages emphasised that expectations for what the company could deliver were already out of whack with reality as the global economy heads into a potentially long recession.

Morgan Stanley said Musk has shown substantial progress, but also laid bare the scale of the task in front of the company.

“Elon can’t do it alone ... Tesla needs help to get there,” its analysts wrote, saying governments, suppliers, investors and engineering talent would have to support the company’s mission.

Jed Dorsheimer, an analyst at Canaccord Genuity, said Tesla’s challenges to scale batteries and manufacturing capacity at affordable rates showed Tesla is a modern day vehicle, rather than a tech company with high valuations.

Tesla’s battery day did yield some positive reviews, however.

Analysts at Deutsche Bank said the three-year plan for achieving a 56% reduction in battery costs could materially boost Tesla’s volume and margin outlook. The brokerage moved from the sidelines to assign a “buy” rating on the stock, and raised its price target to $500 from $400.

The listing follows a merger with blank-cheque company Kensington Capital Acquisition, sending its shares up as much as 74%
Companies
1 year ago

VW wants to remain the largest foreign carmaker in China, which is targeting 25% of 2025 annual sales to be made up of new-energy vehicles
Companies
1 year ago
Next Article