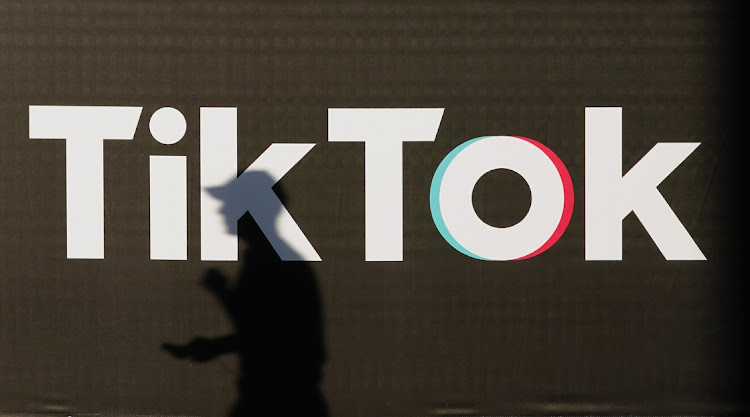 A man casts a shadow as he walks past an ad for social media company TikTok in Berlin, Germany. Picture: GETTY IMAGES/SEAN GALLUP

Shanghai — Beijing is unlikely to approve an “unfair” deal Oracle and Walmart say they have struck with Bytedance over the future of video-streaming app TikTok, state-backed newspaper Global Times says in an editorial.

The US companies have said they will buy into a new mainly US-owned company, TikTok Global, with a board of directors comprised mainly of Americans, as the parties work to pacify the administration of US President Donald Trump which had planned to ban TikTok in the US on security grounds.

In contrast, Bytedance has said TikTok Global will be its US subsidiary with 80% ownership.

“It is clear that these articles [terms] extensively show Washington’s bullying style and hooligan logic. They hurt China’s national security, interests and dignity,” said the editorial published late on Monday.

“From the information provided by the US, the deal was unfair. It caters to the unreasonable demands of Washington. It’s hard for us to believe that Beijing will approve such an agreement,” the editorial read, echoing tweets the same evening by the newspaper’s editor-in-chief, Hu Xijin.

The Global Times is a tabloid published by the People’s Daily, the official newspaper of China’s ruling Communist Party, but does not speak on behalf of the party and government unlike its parent publication.

China’s government has largely refrained from directly commenting on the deal’s details, though its foreign ministry has repeatedly said the US should offer a fair and non-discriminatory environment for foreign companies.

The deal requires approval from regulators in Beijing and Washington, Bytedance has said. China’s ministry of commerce in late August revised a tech export control list that experts said would give it regulatory oversight over any TikTok deal.

Bytedance and the commerce ministry did not immediately respond to Reuters’ requests for comment on Tuesday.

Over the weekend, Bytedance, Oracle and Walmart said they had reached a deal that would satisfy Trump’s call for TikTok to be sold to an American firm or be shutdown in the US. However, the sides have framed the deal differently in public statements.

Whereas Bytedance said it will majority-own TikTok Global, Oracle and Walmart together said ByteDance’s ownership would be distributed to its investors — many of which are US-based — and that Bytedance itself would have no direct stake. They also said four of TikTok Global’s five-member board would be American.

The unidentified author of the Global Times editorial objected to there being only one board seat reserved for a Chinese national, as well as the stipulated inclusion on the board of a US-approved “national security director”.

It also denounced the need for a Bytedance to reveal source code to Oracle as part of the latter's role of “trusted technology partner” and criticised the likelihood of TikTok Global blocking Chinese access to its app.

TikTok has never been available in China. It has said it has over 100-million monthly active US users, compared with 600-million daily users at mainland equivalent Douyin.

“As TikTok and Douyin should have the same source code, this means the US can get to know the operations of Douyin,” the editorial continued.

“If the reorganisation of TikTok under US manipulation becomes a model, it means once any successful Chinese company expands its business to the US and becomes competitive, it will be targeted by the US and turned into a US-controlled company via trickery and coercion, which eventually serves only US interests,” the author wrote.

Beijing-based Bytedance itself now has only two Chinese nationals on its five-member board, with the other three being foreigners running US-based companies.

Bytedance has said Oracle’s ability to inspect TikTok’s source code before investing is akin to previous instances of US companies such as Microsoft sharing source code with Chinese technology experts.

TikTok will be its subsidiary, ByteDance says

US downloads and updates of TikTok and WeChat to be blocked

Current TikTok users won’t notice a difference until November 12, but new downloads are barred from September 20
Companies
1 year ago