Deal for video app will boost its marketplace and advertising business, says US retailer 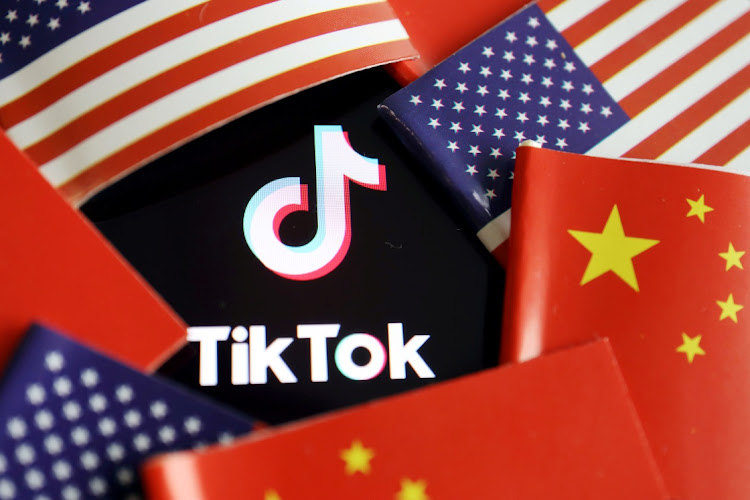 China and US flags are seen near a TikTok logo in this illustration. Picture: REUTERS/FLORENCE LO

New York — Walmart  said on Thursday it was joining Microsoft in a bid for social media company TikTok's US assets, revealing its plans hours after the video company's CEO said he would step down.

CEO Kevin Mayer, a high-profile former Disney executive, is leaving three months after joining TikTok, in the middle of negotiations to sell the Chinese-owned short-form video app's US operations to Microsoft  or Oracle.

TikTok owner Bytedance aims to enter exclusive talks with a bidder in the next few days and ink a deal by September 15, people familiar with the matter said.

Bytedance did not immediately respond to  a request for comment.

The sale of TikTok is happening as the company is under fire from the administration of US President Donald Trump as a potential national security risk due to the vast amount of private data the app is compiling on US consumers.

The Trump administration has demanded that China's Bytedance, which owns TikTok globally, sell its US operations. Earlier this week, TikTok sued over an executive order effectively banning it in the US.

Retailer Walmart lauded TikTok's integration of e-commerce and advertising capabilities in other markets and said that a three-way partnership could bring that integration to the US. The deal would help Walmart reach customers across virtual and physical sales channels and grow its online marketplace and its advertising business. Shares of Walmart rose 6%.

“We are confident that a Walmart and Microsoft partnership would meet both the expectations of US TikTok users while satisfying the concerns of US government regulators,” Walmart said in a statement.

Bytedance founder and CEO Zhang Yiming said in a separate letter that the company was “moving quickly to find resolutions to the issues that we face globally, particularly in the US and India”.

He said Mayer had joined just as the company was “entering arguably our most challenging moment”.

“It is never easy to come into a leadership position in a company moving as quickly as we are, and the circumstances following his arrival made it all the more complex,” Zhang said.

US and India challenges

Amid growing distrust between Washington and Beijing, Trump complained that TikTok was a national security threat and could share information about users with China's government.

Trump issued an executive order banning US transactions with TikTok on August 6, effective in mid-September. He issued a separate order about a week later giving Bytedance 90 days to divest of TikTok's US operations and data.

Bytedance has been in talks to sell TikTok's North American, Australian and New Zealand operations which could be worth $25bn to $30bn, people with knowledge of the matter have said.

The company has also been targeted in India, where TikTok was one of 59 Chinese apps banned by the Indian government in June following a border clash between India and China.

That month, Mayer wrote to India's government saying China's government has never requested user data, nor would TikTok turn it over if asked.

TechCrunch reported earlier this month that Bytedance was in talks with India's Reliance for investment in TikTok.

TikTok has become a global sensation since Bytedance launched the app in 2017, with operations in countries such as France, South Korea, Indonesia, Russia and Brazil. In April, the app hit 2-billion downloads globally.

Mayer was scheduled to leave TikTok as part of the planned sale, as the global role he had been hired for would no longer exist, according to a person familiar with the matter.

Zhang has been the key person in TikTok sale talks, said two people with knowledge of the matter.

TikTok's decision to launch a $200m “creator fund” in July was spearheaded by TikTok's former head Alex Zhu, though Mayer was also directly involved, said two of the people. The project was initiated internally much earlier than Mayer's arrival, one of the people said.

“Whether TikTok reaches an agreement to sell its US business or decides to duke it out in the courts, the role for Mayer will not be anything like that he had envisioned when he joined,” said Mark Natkin, MD of Marbridge Consulting in Beijing.

TikTok CEO quits as US moves to ban app

TikTok, owned by China-based ByteDance,  says it ‘strongly disagrees’ with the concerns raised by President Donald Trump
Companies
8 months ago

Plans to hire 10,000 staff and open new offices in the country are being postponed
Business
8 months ago
Next Article