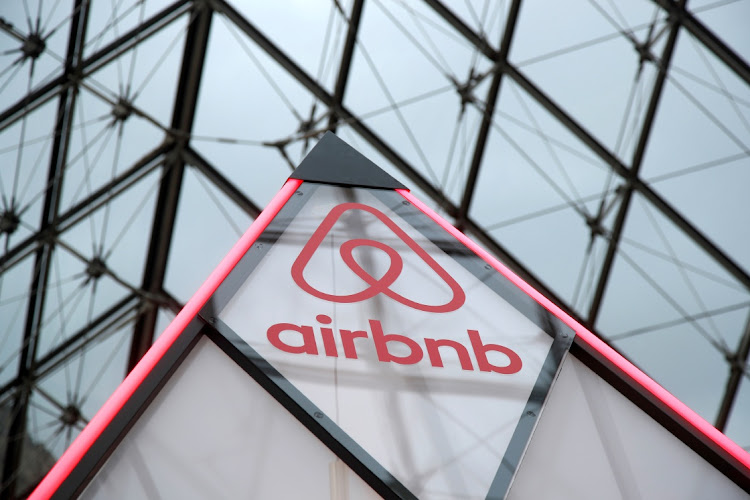 The Airbnb logo near the Louvre in Paris, France. Picture: REUTERS/CHARLES PLATIAU

Bengaluru — Short-term home rental company Airbnb  on Wednesday confidentially filed for an initial public offering (IPO) with the US Securities and Exchange Commission, setting the stage for one of the marquee stock market debuts of the year.

The number of shares to be offered and the price range for the IPO have not yet been determined, the company said.

“The initial public offering is expected to take place after the SEC completes its review process, subject to market and other conditions,” Airbnb added.

Reuters reported in October Airbnb was close to hiring Morgan Stanley and Goldman Sachs Group   as joint lead advisers on its IPO, after the company announced plans to go public in 2020.

The company's plans to go public come at a time when its core home-rental business has been hit hard by the Covid-19 pandemic, which has forced millions of people to postpone their travel plans.

The collapse of its core home-rental business prompted Airbnb to suspend marketing activities for the year and cut about 25% of its workforce.

However, in a sign of an early recovery, the San Francisco-based start-up said in July guests had booked more than 1-million nights in a single day for the first time since March 3.

Airbnb's decision to go public also comes at a time when US capital markets are in the middle of a stunning recovery, with 2020 already being one of the best years for public market debuts in decades.

In April, the company raised $2bn in two rounds of debt from investors.

One of the funding rounds included warrants that can be exercised at an $18bn valuation, well below the $26bn Airbnb cited as an internal valuation in early March.

The law would have allowed New York to know which listings violated it’s regulations that ban entire apartments from being rented for fewer than 30 ...
World
1 year ago

The funding round could help Airbnb weather the coronavirus crisis without going public, says analyst
Companies
1 year ago
Next Article