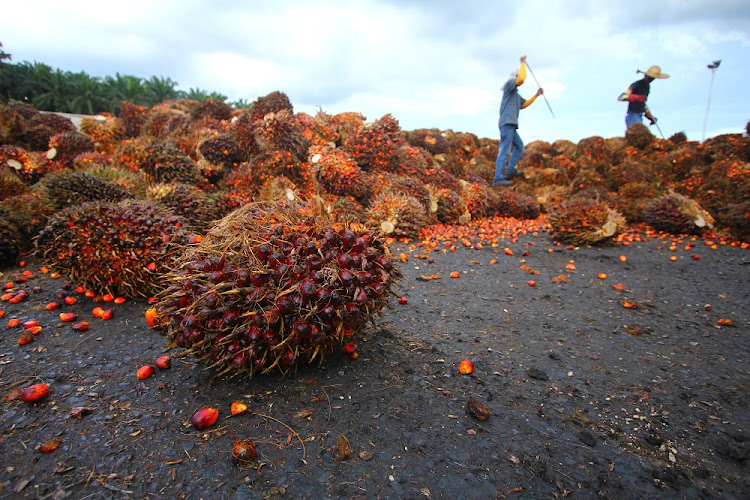 Kuala Lumpur — Unilever is planning to use new geolocation technology to make its palm oil supply chains more transparent and tackle a farm-to-table traceability problem that has plagued the industry for decades.

The maker of Ben & Jerry’s ice cream, Hellmann’s mayonnaise and Dove soap will use cellphone geolocation data to track palm oil moving across thousands of supply chains and to achieve the elusive “first-mile” traceability.

After a pilot test in Indonesia, Unilever is scaling up that approach to cover all palm facilities in Southeast Asia, including farms, refineries and processing plants, and is looking into whether the technology can be applied to other regions.

“With a clearer picture, it’s easier to estimate the risk of issues, such as deforestation,” says Marc Engel, chief supply chain officer at Unilever. “We want to be the first to know, and the first to act.”

The technology is another step towards making the controversial industry more transparent as growers face increasing scrutiny over production of the oil used in everything from chocolate to lipstick and shampoo. Rapid expansion of plantations in past decades, fuelled by surging demand for a cheap and versatile edible oil, has been linked to the burning of tropical rainforests, destruction of wildlife and land conflicts with local communities.

Environmental concerns have spurred the adoption of sustainable palm oil, but complex supply chains that begin with estates spanning millions of hectares make it difficult for the industry to be fully traceable. What’s more, the credibility of certified-sustainable palm oil, such as that of the Roundtable on Sustainable Palm Oil, has been questioned by environmental groups who say greenwashing and bad practices still take place, albeit hidden from the public.

Palm oil is one of the most important raw ingredients in Unilever’s products. The consumer goods company purchases about 1-million tonnes of palm oil, palm kernel oil and derivatives annually for use in products such as ice cream, cosmetics and soaps, making it one of the world’s largest buyers. It aims to make all its supply chains deforestation-free by 2023.

The first mile, which oversees palm oil from estates to mills, is a “particularly unique challenge for sustainable sourcing”, Engel said.

“Crops such as palm oil fruit or soy can be harvested from lots of different areas of land, belonging to several farmers, and mixed with raw material from other farms or plantations several times before reaching the mill,” he said.

Providing granular visibility into Unilever’s palm-supply chains is Orbital Insight, a California-based Big Data company that uses geolocation data, satellites, drones and balloons to track what is happening on the planet. Orbital will use a combination of geofencing, anonymous mobile data and satellite imagery to monitor movement of trucks and their deliveries, and to identify any deforestation that has taken place in the past, or recently, at suppliers’ sites. For example, it will be able to track if a virgin rainforest was levelled to plant oil palm or to build roads and buildings.

It is consumers that are driving manufacturers to seek better visibility into where raw materials are sourced from, especially if it involves commodities associated with farming practices that are not sustainable, Crawford said.

“All these companies are being pushed by their end-customers who are buying in the grocery stores based on the ability of these different products to be certified as sustainably developed,” he said.

After developing the tracking technique for palm, Orbital is now getting interest ranging from chocolate manufacturers to furniture makers trying to understand where their goods are sourced from, and if the coronavirus is causing any supply disruptions.

“One way to ensure that the products people choose to buy are sustainable, is by becoming more transparent, and that’s something everyone wants to see, including consumers and investors,” Unilever’s Engel said.

Besides palm, the company is running a pilot test on soy mills in Brazil, and looking into how the technology can be applied to other raw materials such as cocoa and wood fibre.

Orbital has received funding in the past from Bloomberg Beta, a venture-capital unit of Bloomberg.

With limits to the area under cultivation, some of the bigger producers are focusing on genome sequencing
World
2 years ago