It is hard to overstate WeChat’s importance to Tencent: it is the means through which Tencent introduces one-billion people to games and other online content 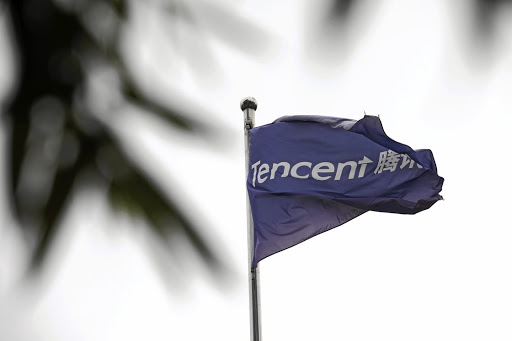 Hong Kong — Donald Trump’s WeChat ban targets a celebrated Chinese innovation at the heart of the world’s largest mobile gaming and social media empire, threatening one of the more eye-catching stock rallies of 2020.

It’s hard to overstate WeChat’s importance to Tencent. It’s the means through which Tencent introduces one-billion people to games and other online content, funnelling trillions of dollars in annual payments to brands from Apple to Walmart. WeChat’s reach underpinned Tencent’s $280bn gain in market value since a March 18 Covid-19 trough — equivalent to one Samsung Electronics and the fifth-biggest dollar-gain on the planet over that period.

Trump single-handedly stopped that rally cold. The US president signed an executive order last week to ban US entities from dealing with WeChat — along with TikTok, ByteDance’s viral video platform — in 45 days. Confusion and uncertainty reigned as investors grappled with the vague edict. Tencent shed $66bn over two days before it partly bounced back.

Executives unfurling earnings Wednesday will seek to reassure the market it can withstand a White House campaign that’s already ensnared Huawei and dozens of Chinese up-and-comers. A US official clarified the sanction involves only the app and not its owner. But the sweeping language of Trump’s order — which bars “transactions” with the Chinese company — leaves the door open for the administration to extend it well beyond WeChat, dubbed Weixin locally.

“It’s really a gut punch to those companies when you look at their global expansion plans,” Wedbush analyst Daniel Ives told Bloomberg Television. Tencent’s stock stood largely unchanged ahead of the results this afternoon.

The WeChat operator is doing well in the short run: analysts on average foresee a 27% rise in June-quarter revenue and a 13% spike in net income. But investors appear divided over the fate of China’s second largest corporation. Options on the company — contracts that let the holder buy or sell stock at a pre-agreed price — suggest traders are bracing for a 5.7% swing in Tencent’s shares after it unveils earnings, or roughly four times the usual band.

The three most popular options as of Wednesday included a bullish contract that projected a roughly 16% rise to HK$600 by September’s end and a bearish one that suggested a 20% plunge, Bloomberg data showed. But the put-to-call ratio, or the number of traded sell options divided by the number of buy contracts, is near its lowest since May, suggesting more upbeat than bearish investors still.

The widening gulf reflects the central role WeChat plays in Tencent’s empire, and the outsize fallout now that it’s in Trump’s crosshairs. Started in 2011 as a WhatsApp clone, the service has become deeply ingrained in Chinese life, indispensable to the hordes who use it to chat, shop, watch videos, play games, flirt, order food and taxis.

It pioneered the all-in-one or super-app concept by embedding lite apps or mini programs — a model emulated by Alibaba as well as Facebook. Its success sprang in part from the fact that China banned global services such as WhatsApp, Twitter and Instagram, allowing WeChat and a host of other Chinese equivalents to flourish in an alternate internet realm.

Today, if the Chinese company is a mash-up of Facebook, Netflix, WhatsApp and Spotify, then WeChat is the smartphone and payments backbone that ties them all together.

“The impact on valuation would be more severe if the implementation included banning all transactions of Chinese businesses of US companies with Tencent as a whole, as this would also hurt Weixin, advertising in mainland China by US affiliated firms, the international cloud business, the international gaming business, and so on,” Morningstar analyst Chelsey Tam wrote this week.

At a minimum, Trump’s order likely gets WeChat removed from Apple and Google’s mobile stores, which in turn means suspending updates or even blacking out a service vital to communications on the factory floor, in households and the boardroom. And if US consumer giants such as Starbucks and Walmart are prevented from doing business with WeChat in China, Tencent may also take a blow to advertising and e-commerce sales.

But the ban has wider implications. Even if the executive order doesn’t cover WeChat China, it could hamstring Tencent in other ways. Take Tencent’s $15 billion cloud services and fintech division, a major driver of growth over past years. If American firms can’t sell servers to support WeChat, that effectively means they can’t sell to Tencent itself unless the messaging service can be completely ring-fenced. Secretary of State Michael Pompeo has already urged American companies to cut ties with Chinese cloud providers including Tencent and Alibaba, part of a “clean internet” campaign.

Then there’s Tencent’s cash cow. Gamers the world over were among the fastest and loudest opponents of the action, going online to campaign to save titles like PUBG Mobile and Call of Duty Mobile. Tencent has about $22bn of investments in US gaming assets and companies from Activision Blizzard to Fortnite maker Epic Games and League of Legends developer Riot Games.

Tencent in recent years has searched for ways to extend its dominance of China’s social media and gaming scenes internationally, with mixed success. Its smaller global exposure now becomes an edge over upstart ByteDance, whose TikTok is the first truly successful Chinese-made internet service.

Now it’s turning inward faster than before. On Monday, Tencent kicked off a deal to merge game-streaming platforms DouYu International and Huya into a $10bn local leader. In July, it offered to buy out and take private domestic search engine Sogou.

But Beijing’s own moves could complicate the matter. China has threatened to retaliate against what it perceives as rising US aggression, but any attempt to undercut US operations in China could hurt Tencent and potentially complicate matters for non-US players.

“Uncertainties still exist for Tencent and other Chinese internet companies with business in the US, and Chinese pure-plays will be perceived as safer by investors,” Bernstein analysts including David Dai wrote in a report.

Naspers fell the most in two weeks as the trade battle between the US and China, now well into its third year, continues
Companies
1 year ago
Next Article