Under Armour founder and CFO named in SEC probe 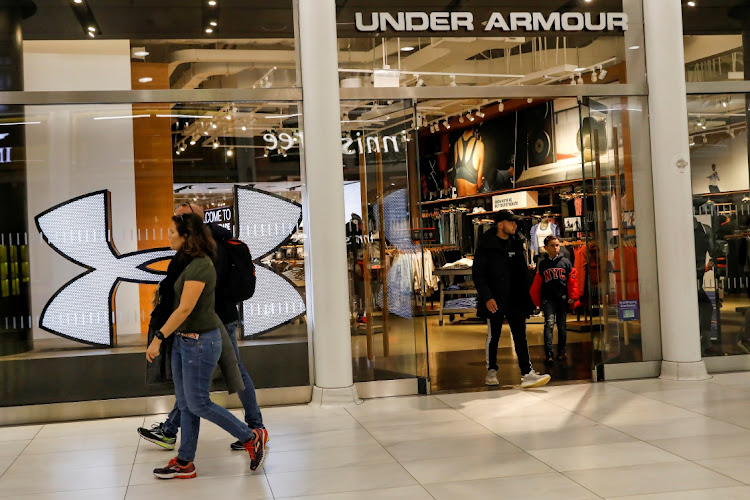 Customers exit an Under Armour store in New York, the US. Picture: REUTERS/BRANDAN McDERMID

New York — Under Armour  said on Monday a pair of top executives, including founder Kevin Plank, has been named in a federal probe of the company’s accounting, sending shares of the athletic wear maker plunging.

Plank and CFO David Bergman received Wells Notices informing them that the US Securities and Exchange Commission is likely to “allege certain violations of the federal securities laws”, Under Armour said Monday in a regulatory filing. Under Armour also received a notice informing it that the agency may file an enforcement action against the company.

The disclosure expands upon comments from the company in November, when it revealed that it had been under federal investigation for more than two years. The situation has roiled the company as it has grappled with lacklustre sales amid the coronavirus pandemic and a CEO change, with Plank handing the reins to Patrik Frisk earlier in 2020.

Under Armour and the executives “maintain that their actions were appropriate”, according to the latest filing. They intend to respond to the Wells Notices and “engage in a dialogue” with the SEC to resolve the matter.

The Wells Notices, which the SEC uses to inform investigation subjects that it intends to bring enforcement actions against them, relate to sales that were allegedly pulled forward during a period from the third quarter of 2015 through the end of 2016, Under Armour said. The SEC is “focused on the company’s disclosures regarding the use of pull-forward sales to meet sales objectives”, but it is not alleging revenue recognition violations, the company said.

Under Armour fell as much as 5.5% before regular trading  on Monday in New York. The shares slumped 49% in 2020 to the end of Friday.

More than 50,000 jobs could be affected as Ascena, the owner of the Ann Taylor clothing brand, falls victim to Covid-19  crunch
Companies
9 months ago

Business has never been better for Roger Federer-backed takkie company

‘The whole lockdown has been transformational for our consumers and our industry,’ says On  CEO David Allemann
Companies
10 months ago

The luxury emporium is planning to cull as much as 14% of its 4,800-strong workforce
Companies
10 months ago
Next Article