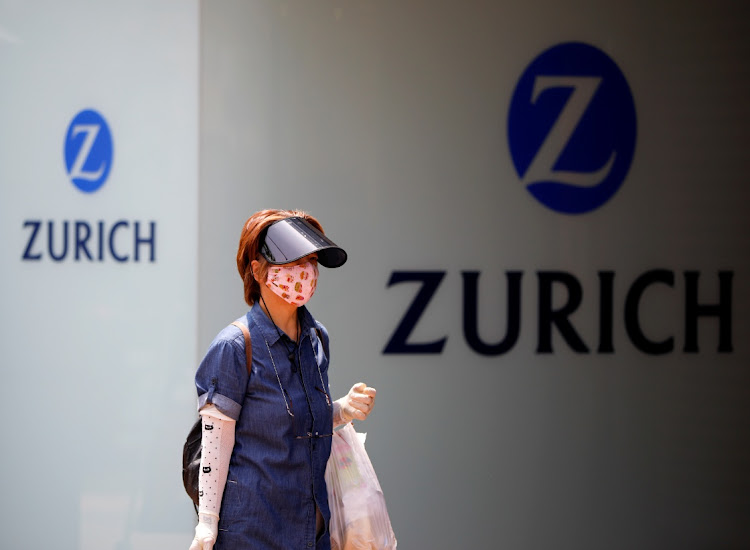 A woman wearing a protective face mask walks past in front of a office building of the Japanese unit of Switzerland's Zurich Insurance Group during a nationwide state of emergency in Tokyo, Japan. File photo: REUTERS/Issei Kato

London — UK financial regulators took aim at insurers’ attempts to compare the coronavirus lockdown to government warnings on cigarettes and alcohol, telling a London court that businesses had no choice but to shut down during the pandemic.

The clash took place during the first day of a trial on Monday where the Financial Conduct Authority (FCA) has taken Europe’s largest insurers to court to establish whether they should pay out pandemic-related claims. Hiscox, RSA Insurance Group, Zurich Insurance Group and five other companies will represent the industry at the eight-day trial.

A ruling against the insurers could mean tens of millions of dollars in additional claims, hitting a sector that is already facing its biggest test to date. Lloyd’s of London, the world’s largest insurance exchange, estimated the global pandemic could cost insurers more than $200bn.

The FCA’s lawyer, Leigh-Ann Mulcahy, disputed attempts by the insurers to portray companies shutting during lockdown as a voluntary decision. At issue is the question of whether “access” to businesses was prevented by government restrictions.

Lawyers for Zurich said in court documents that the closures were recommended, not required, a situation they likened to advice the government gives on smoking or not drinking more than 14 units of alcohol a week.

“For the insurers to suggest, as they do in some cases, that there was no prevention of access or closure or similar defies any reasonable view of what the lockdown involved and the enormous stresses it places on businesses,” Mulcahy told the court. “It’s factually and legally wrong and entirely fails to reflect reality to suggest otherwise.”

The trial is one of a number of global cases over business interruption claims. AXA, France’s largest insurer, was ordered by a court to pay a Parisian restaurateur two months of lockdown-related revenue, and the firm has since agreed to cover losses sustained by several hundred cafes during the shutdown.

“Critically, where any policy wording is ambiguous, the court will interpret it against the insurers,” said Sarah Jane Mahmud, an analyst with Bloomberg Intelligence.

Insurers did not respond to requests to comment ahead of the hearing. Their lawyers will respond to the FCA arguments later in the trial.

The FCA has brought the UK case on behalf of aggrieved policyholders, and the court decision would also affect more than 20 other insurers including Allianz, American International Group and Chubb.

Policies held by about 370,000 customers could be affected by the case. The Hiscox Action Group, which represents policy holders, has 369 members pursuing a claim worth as much as £47m.

The so-called test case hinges on whether the terms of small business owners’ policies give the insurers a loophole. There are disputes on a number of different wordings, including whether physical damage needs to be sustained in order for payouts to be warranted and how close a coronavirus case has to be to the business for an insurer to make good on a claim.

Even if the FCA wins, some policyholders may “face challenges from insurers when it comes to proving and quantifying their loss”, said Samantha Holland, head of insurance at law firm Gowling WLG in Birmingham, England.

Lawyers for Hiscox and other insurers are set to argue against paying out fully on claims made by businesses forced to shut because of the pandemic, saying that shops in Sweden lost money even without a strict lockdown and UK firms would have lost out similarly.