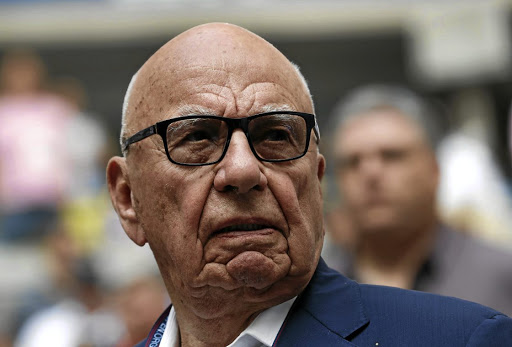 Sydney — The birthplace of Rupert Murdoch’s media empire, News Corp’s Australian business, is shaping up as a trouble spot for the global firm, after a $1bn writedown and a move to stop printing more than 100 regional newspapers.

It’s an emotional challenge, given 89-year-old Murdoch’s ties to his native country where he turned a single newspaper inherited from his father in 1952 into one of the world’s most influential companies.

The Australian arm faces a double incursion: the broadcast business, Foxtel, is fast losing subscribers to streaming giants such as Netflix, while the print arm, like its rivals, is ceding advertisers to Facebook and Google.

“You couldn’t engineer more pressure, I don’t think, than what Foxtel is under at the moment,” said a person with direct knowledge of the company’s Australian strategy, speaking on condition of anonymity.

“The business should have moved much more aggressively into the streaming space than it did.”

The Australian arm was the only part of News Corp left unchanged when the company spun off its broadcast business in 2013, keeping publishing assets such as The Wall Street Journal, HarperCollins and a string of British newspapers.

Along with more than 100 newspapers controlling two-thirds of the Australian market, the unit included a stake in real estate website REA Group and struggling pay-TV group Foxtel.

Now, it is proving to be the biggest single drag on earnings for News Corp globally.

In a statement, News Corp co-chair and Rupert’s son Lachlan Murdoch reinforced the company’s commitment to its Australian operations.

“No media company is in a stronger position to face the uncertainties of the digital age than News Corp. We have incredible strength in print with publications such as The Wall Street Journal, the Sunday Times, The Australian and our dailies in Australia,” he said.

“Our company began in Australia and Australia remains a critical part of our future.”

Started in 1995 as a joint venture with local telecom Telstra, Foxtel, which used satellite dishes and television “set-top boxes”, once seemed primed for home viewing dominance against a handful of free-to-air TV channels.

Then Netflix arrived, and Foxtel’s subscriber numbers swooned. At end-March 2020, Foxtel had 2.9-million subscribers, barely changed from 2016, while Netflix has at least double that number, according to figures supplied by Foxtel and Roy Morgan market researchers.

In the March quarter, Foxtel’s earnings fell 31% from a year earlier, while News Corp took a $931m impairment charge on the value of the pay-TV service, pushing News Corp to a $1bn loss.

Earnings have been hurt by subscribers taking up cheaper — and lower revenue — online offers from Foxtel itself, while it now faces a pandemic-related shutdown of sports, its main competitive difference.

JPMorgan analysts put the value at A$1.1bn including debt, which stood at roughly A$1.7bn in 2019, based on figures in News Corp’s annual report.

“I’ve had a view it’s worth nothing for a long time,” said Rhett Kessler, a principal at Pengana Australian Equities, a top-20 shareholder of Telstra.

News Corp declined to comment beyond Murdoch’s statement. It has said a new streaming service, Binge, will capitalise on Australians’ appetite for content during prolonged periods at home due to the coronavirus response.

Globally, News Corp is benefiting from a campaign to build digital subscribers and cut reliance on advertising, led by subscription surges for high-end titles such as the Dow Jones and The Wall Street Journal.

In May, the Australian arm said it would stop printing 112 regional newspapers. While many will be published online, some 36 titles were shuttered altogether.

Analysts said the move was a step in the right direction, with bigger national titles such as broadsheet The Australian more likely to be able to win digital subscriptions.

Still, short-sellers — investors who profit when stocks fall — are targeting the stock. Since March, News Corp’s Australian-listed CDIs, which offer indirect share ownership, have been the most shorted instrument in Australia most days, industry figures show.

Its $7bn market value is less than that of its assets combined. Its 61% stake in listed real estate website REA Group is worth about $6bn, while The Wall Street Journal, if valued on the same multiples as rival The New York Times, is worth about $4bn, Australian shareholder L1 Capital noted recently.

Accelerating change in Australia may fall to Lachlan, 48, when Murdoch senior cedes control, analysts and people with knowledge of the company say, with the company taking a more commercially focused approach.

Foxtel will replace its set-top box model with streaming inside a decade, they say, though this will generate a fraction of current revenues per customer and the company will be competing in a crowded market.

Still, Lachlan shares his father’s belief that news is central to the business model and is unlikely to shut the main newspapers, keeping the Australian unit as part of News Corp’s sprawling global business.

“His responsibility now is to transform the business from a traditional media business that could be going the way of the dinosaur to something that will be survivable for the next few decades,” said JPMorgan analyst Eric Pan.

STEPHEN CRANSTON: Quality is difficult to pin down when buying shares

There is consensus in constructing a value index, but there is a much wider range of quality attributes to consider
Opinion
10 months ago

The purchase comes after Jeff Bezos recently cashed in $4.1bn of Amazon shares
Business
1 year ago
Next Article

Covid-19 is spreading in unknown ways — and some cities are having to react ...

Covid-19 is spreading in unknown ways — and some cities are having to react ...