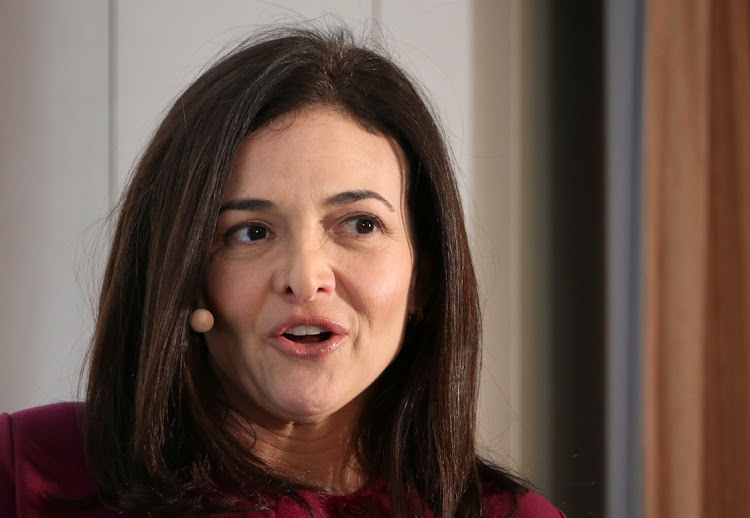 San Francisco — Facebook COO Sheryl Sandberg said the company needs to get better at removing hateful speech — a response to hundreds of companies that have stopped advertising on the social network for what they consider a failure to purge harmful content.

“Being a platform where everyone can make their voice heard is core to our mission, but that doesn’t mean it’s acceptable for people to spread hate. It’s not,” Sandberg wrote on Tuesday in a post, adding that Facebook “has to get better at finding and removing hateful content”.

The post marked her first public comments about the issues raised by civil rights groups since they organised an advertising boycott last month.

The COO also said that Facebook on Wednesday will release its long-anticipated civil rights audit, a review of the company’s policies and practices that started two years ago. Sandberg said the audit has had a “profound effect” on the company’s culture. “While we won’t be making every change they call for, we will put more of their proposals into practice soon,” she added.

Sandberg and CEO Officer Mark Zuckerberg are scheduled to meet on Tuesday with leaders from groups including the  National Association for the Advancement of Colored People (NAACP) and the Anti-Defamation League that have organised a July ad boycott called “Stop Hate for Profit”.

Facebook’s advertising business, and the teams that handle human resources and company policy, report to Sandberg.

Facebook has been under pressure in recent weeks to better find and remove posts that include hate speech or lead to voter suppression. The Menlo Park, California-based company has responded to angry advertisers with e-mails and phone calls to better explain its policies and how it has used software systems to act more swiftly.

“We are making changes — not for financial reasons or advertiser pressure, but because it is the right thing to do,” Sandberg said. “We are never going to be perfect, but we care about this deeply. We will continue to listen and learn and work in the weeks, months and years ahead.”

KATE THOMPSON FERREIRA: Boycott by advertisers may drive the biggest shift in ...

KATE THOMPSON FERREIRA: Boycott by advertisers may drive the biggest shift in ...