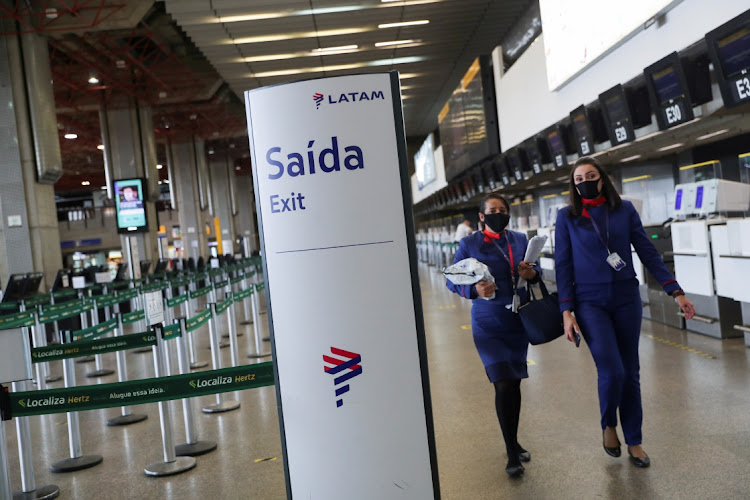 The chapter 11 petition allows Latam to keep operating while the Chilean carrier works out a plan to pay creditors and turn the business around. Latam, which has shareholders that include Chile’s Cueto family and Delta Air Lines, is operating on a reduced schedule and has commitments for a bankruptcy loan of as much as $900m.

The money is coming from shareholders including the Cuetos, the Amaro family and Qatar Airways, according to a company statement. Latam also has about $1.3bn in cash on hand.

Airlines the world over — and those in Latin America in particular — have been hit hard by the coronavirus pandemic, which triggered travel bans and made people reluctant to fly. Avianca Holdings, the largest air carrier in Colombia, filed for chapter 11 bankruptcy earlier in May, burdened by the sharp drop in flyers and its own onerous debt load.

Latam’s affiliates in Brazil, Paraguay and Argentina aren’t part of the bankruptcy case, which was filed in the Southern District of New York.

Still, the impact will be felt widely, with Santiago-based Latam previously serving more than 70-million passengers a year on more than 300 aircraft. It also carried more than $7bn of debt.

Latam has already eliminated more than 1,850 jobs in Chile, Colombia, Ecuador and Peru in recent weeks from its global workforce of about 40,000 people, after cutting 95% of its passenger operations. In some bankruptcy scenarios, an airline can reject aircraft leases, and Latam has more than 20 jetliners on order from Airbus and half a dozen from Boeing.

“Exceptional circumstances have led to a collapse in global demand and has not only brought aviation to a virtual standstill, but has also changed the industry for the foreseeable future,” CEO Roberto Alvo said in a statement.

Latam listed assets of more than $21bn and total liabilities of almost $18bn in its bankruptcy petition.

The Chilean government will evaluate the “convenience and opportunity to contribute to the success of Latam’s process,” the finance ministry said in a statement on Tuesday.

The task was made more urgent this past weekend by US President Donald Trump’s order to restrict non-US citizens arriving from Brazil to slow the spread of the coronavirus. Brazil accounts for about a third of Latam’s revenue.

Latam traces its roots to Lan Airlines, founded in Chile in 1929 and privatised in 1989 during the last years of the Pinochet dictatorship. Latam was born in 2012 after Lan announced plans to merge with Tam for about $3.3bn two years earlier.

The Cueto family — which is Latam’s largest shareholder and holds two seats on its board of directors — acquired a stake in 1992 and control of the business in 1994. At that time, another major shareholder was current Chilean President Sebastián Piñera, who sold his own 26% stake early in his first term as president in 2010.

Last year, Latam signed a $2.25bn pact to sell a stake to Delta Air Lines, expanding Delta’s footprint in South America. The Chilean carrier has been planning to gradually ramp up flights over the next two months, with the goal of reaching 18% of pre-crisis capacity in July.

The Themis vaccine is based on a modified measles virus, and Merck is also developing an experimental drug for Covid-19 treatment
Companies
11 months ago

In the decade preceding its collapse, Hertz took on too much debt, participated in overpriced M&A and was accused of playing accounting games to pad ...
Opinion
11 months ago
Next Article

Sony to buy out its lucrative finance unit for $3.7bn

Sony to buy out its lucrative finance unit for $3.7bn