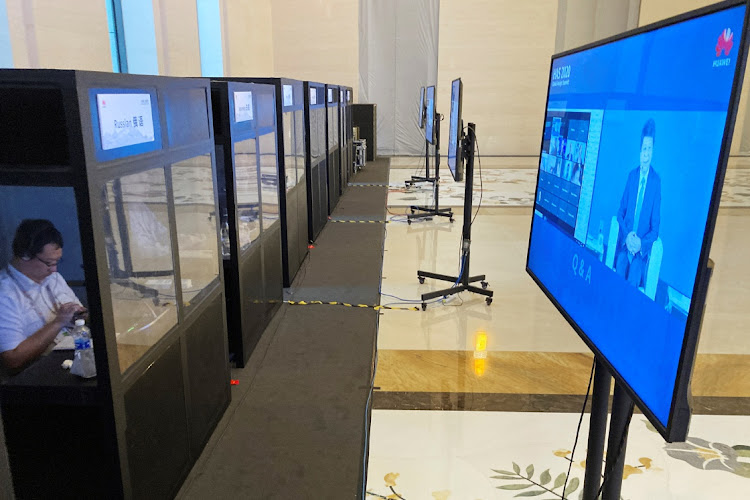 Beijing — Huawei Technologies warned on Monday that the latest US curbs on its business will inflict a “terrible price” on the global technology industry, inflaming tensions between Washington and Beijing while harming American interests.

China’s largest technology company said it will be “significantly affected” by a commerce department decree barring any chipmaker using US equipment from supplying Huawei without US government approval. That means companies such as Taiwan Semiconductor Manufacturing and its rivals will have to cut off the Chinese company unless they get waivers — effectively severing Huawei’s access to cutting-edge silicon it needs for smartphones and networking equipment.

Washington’s decision drew condemnation from Beijing, which regards Huawei as a national champion because of its success in dominating global networking technology. China and Huawei have threatened retaliation but rotating chair Guo Ping on Monday refrained from commenting on a possible Beijing response — a departure from just two months ago when the company warned Washington risked opening a “pandora’s box” and Chinese countermeasures if it chose to go ahead with additional restrictions.

“Our business will significantly be impacted,” Guo said at a company briefing with analysts in Shenzhen. “Given the changes in the industry over the past year, it dawned on us more clearly that fragmented standards and supply chains benefit no-one. If further fragmentation were to take place, the whole industry would pay a terrible price,” he said.

Huawei is still assessing the potential fallout of the latest restrictions and couldn’t predict the impact on revenue for now, Guo said. On Monday, a swath of Huawei’s suppliers from TSMC to AAC Technologies Holdings plunged in Asian trading.

Guo was far less vocal than colleague Richard Yu, who runs the consumer division responsible for smartphones. The outspoken executive said the restrictions that ostensibly aim to allay US cybersecurity concerns are really designed to safeguard American dominance of global tech.

“The so-called cybersecurity reasons are merely an excuse,” Yu, head of the Chinese tech giant’s consumer electronics unit, wrote in a post to his account on messaging app WeChat earlier on Monday. “The key is the threat to the technology hegemony of the US” posed by Huawei, he said.

Yu also posted a link to a Chinese article circulating on social media with part of its headline, “Why Does America Want to Kill Huawei?”

The US is leveraging its own technological strengths to crush companies outside its own borders, spokesman Joe Kelly told analysts, reading from a prepared statement. “This will only serve to undermine the trust international companies place in US technology and supply chains,” Kelly said. “Ultimately, this will harm US interests.”

The government backs the Chinese firm as its principal route to a new global internet standard, in spite of concerns about the company
News & Fox
1 year ago

Google’s way or the Huawei?

The Mate 30 range of smartphones is, by necessity, entirely Google-free — which some consumers might welcome
News & Fox
1 year ago
Next Article

France to defy US in using Huawei equipment in 5G network, say sources

US senators push for law to monitor allies using Huawei

France to defy US in using Huawei equipment in 5G network, say sources

US senators push for law to monitor allies using Huawei