Bayer warns of liquidity issues ahead of AGM 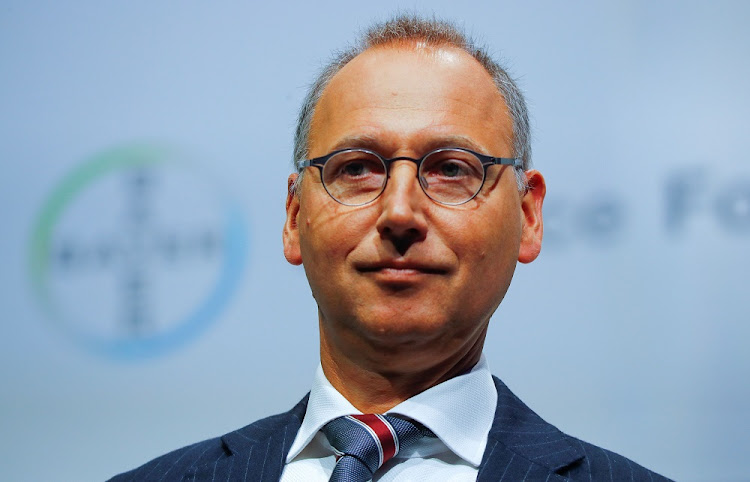 Munich — Bayer’s Werner Baumann has a return engagement with shareholders after an unprecedented rebuke in 2019. Though an avalanche of Roundup litigation has grown, the CEO appears to be on firmer footing this time around.

While Baumann has failed to settle claims with more than 50,000 US plaintiffs who say the weedkiller caused cancer, he has drawn some shareholders’ praise for bringing in fresh legal experts and prioritising settlement talks. Once again, those cases will be the focus of the German company’s AGM on Tuesday.

Roundup claims were swelling a year ago when more than half of shareholders issued a vote of no confidence in Bayer management’s actions. It’s unclear whether Baumann would be able to survive a similar setback, though some investors have tempered their critique.

“Bayer made a course correction since last year’s historically bad shareholder vote, and in our opinion it’s in the right direction,” said Janne Werning, head of environment, social and governance at Union Investment, a major shareholder.

Baumann took on the headache with Bayer’s $63bn takeover of Monsanto. Since then, as litigation mushroomed, the shares have fallen about 35%, even though the company has repeatedly said Roundup is safe.

Baumann appears more secure this time around. The pandemic has underscored the value of science in society, from doctors and nurses dispensing medicine, to supermarket workers selling food, Baumann said in remarks prepared before Tuesday’s meeting. That reality justifies the company’s oft-criticised approach that brings together pharmaceuticals, consumer health and crop science under one roof, he said.

“We’re active in the right businesses,” Baumann said. “After all, what could be more important than contributing to health and nutrition around the world?”

Last northern hemisphere spring, influential shareholder advisory firms Glass Lewis and Institutional Shareholder Services recommended against voting to discharge Bayer’s management for its actions in 2018 — an effective no-confidence ballot. More than half of shareholders did just that, making Baumann the first head of a major German company in decades to lose the nonbinding but highly symbolic vote.

This year, Glass Lewis recommended abstaining while ISS recommended backing the management team. Still, both raised concern about how ongoing Roundup litigation could further hurt the company’s value and reputation.

“The attempt to make Bayer more resilient and stronger by buying Monsanto has so far failed,” said Ingo Speich, head of corporate governance for Deka Investment, a top Bayer holder. While Deka is voting in support of Baumann and the supervisory board, he said, “as long as Bayer can’t free itself from these lawsuits, we probably won’t see a recovery in the stock price”.

On Monday, Bayer added credence to those fears, raising the spectre of liquidity issues as it engages in talks over Roundup. The number of plaintiffs rose to 52,500 from 48,600 in February, it said. The company said it is still looking for a “financially reasonable” settlement that also resolves the potential for future claims.

“Against the background of a looming recession and looking at, in part, considerable liquidity challenges, this applies now more than ever,” the company said.

Nonetheless, Bayer’s first-quarter results beat estimates. The shares gained 1.2% in Frankfurt on Tuesday after rising on Monday, paring 2020’s losses to 12%. Bayer maintained its earnings target but said that because of Covid-19, a reliable forecast would not be possible until later in 2020. Gross financial debt was €39.6bn as of March 31 compared with €4.2bn of cash and other financial assets, the company said.

Bayer began engaging in the Roundup talks in May 2019. Since then, it’s hired a prominent US legal adviser, pushed back a number of trials and added a supervisory board member known for her expertise in food security.

It is impossible to say when a Roundup deal might be struck, in part because the discussions are confidential and also because meetings simply aren’t taking place.

“Some of the lawyers are difficult to track down,” Baumann said on a call with analysts Monday. “Everything has really slowed down significantly.”

Bayer backed out of tentative agreements to resolve the claims, Bloomberg News reported earlier in April, citing people who asked not to be identified because the talks are private.

Bayer is facing 48,600 US plaintiffs with its shares down 31% since the $63bn takeover of Monsanto, which brought it the herbicide Roundup
Companies
1 year ago

In February, Bayer acknowledged for the first time that lawsuits related to Roundup could force it to sell assets, issue new equity or borrow money at unfavourable terms.

One prominent plaintiff attorney, Brent Wisner, said in February that Bayer had dangled the prospect of bankruptcy for Monsanto, which could result in plaintiffs receiving pennies on the dollar for their claims. Bayer declined to comment on this at the time.

After losing three cancer trials in California that resulted in combined damages of $191m, Bayer agreed to postpone the next round of Roundup trials to provide more time for negotiations. Bayer is appealing against the verdicts.

While Baumann declined to speculate on how shareholders will vote, he said in an interview on Bloomberg TV that his team has ratcheted up its engagement efforts in the past year with more than 500 shareholders who own about 60% of the equity in Bayer.

“Feedback during the discussions has been appreciative and very good,” Baumann said. “We are looking with confidence and optimism forward to the meeting.”

Wenning’s departure could offer CEO  Werner Baumann more flexibility to steer Bayer in different directions if the Roundup litigation can be ...
Companies
1 year ago