AB InBev is betting on a rebound later in 2020, but the lower end of the forecast of 2%-5% would be the weakest growth in four years 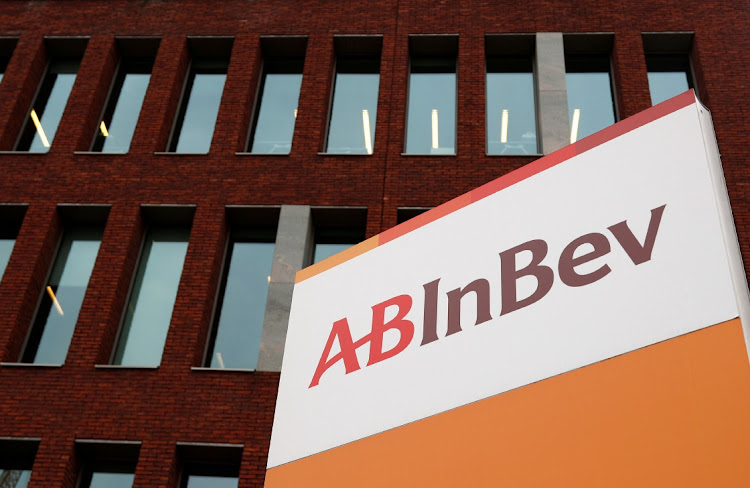 The logo of Anheuser-Busch InBev is pictured outside the brewer's headquarters in Leuven, Belgium. Picture: REUTERS/FRANCOIS LENOIR

London — Anheuser-Busch InBev (AB InBev), the world’s largest brewer, forecast the steepest decline in quarterly profit in at least a decade due to coronavirus.

First-quarter earnings will drop about 10% after profit growth in 2019 that AB InBev called disappointing. The brewer blamed the biggest jump in raw material costs in a decade for last year’s performance. The stock fell as much as 6.1%.

For a company that says its main product brings people together, the coronavirus presents a particular problem as consumers in China avoid going out in public. Shipments had already started to slow in that market at the end of 2019, leading the brewer to lower its guidance. AB InBev is betting on a rebound in the later part of 2020, but the lower end of the 2020 forecast of 2%-5% would be the weakest growth in four years.

The Budweiser maker has reopened over half of its 33 breweries in China and has obtained licences from the government to restart the remainder of them other than its Wuhan facility.

“We’re fully engaged for a strong recovery when the situation improves,” CEO Carlos Brito said on a call with reporters.

The company was one of the first to reopen its office in Shanghai, with government attending the event. The company has shipped in about one-million hygienic masks that it’s distributing to employees and local communities.

The brewer is reallocating the distribution of its beers from nightlife venues, its most profitable points of sale in China, to other outlets such as e-commerce.

Profit fell 5.5% on an adjusted basis before interest, taxes, depreciation and amortisation (ebitda) in the fourth quarter, the Belgium-based brewer said on Thursday. Analysts expected a drop of 1.9%.

The disease outbreak has wiped about $170m off AB InBev’s earnings in China in January and February and $285m off revenue.

AB InBev sold a stake in its Asia-Pacific unit Budweiser Brewing APAC in September to help reduce debt and to serve as a vehicle for mergers and acquisitions.

Coronavirus and a recession? This is what the indices say

While it’s too soon to say and the indicators are on the fence about a full-blown recession, but any economic growth seems out of the question
World
1 year ago

How a pandemic could cost $1-trillion

First to spread coronavirus, China may be first to restart oil refineries

First to spread coronavirus, China may be first to restart oil refineries