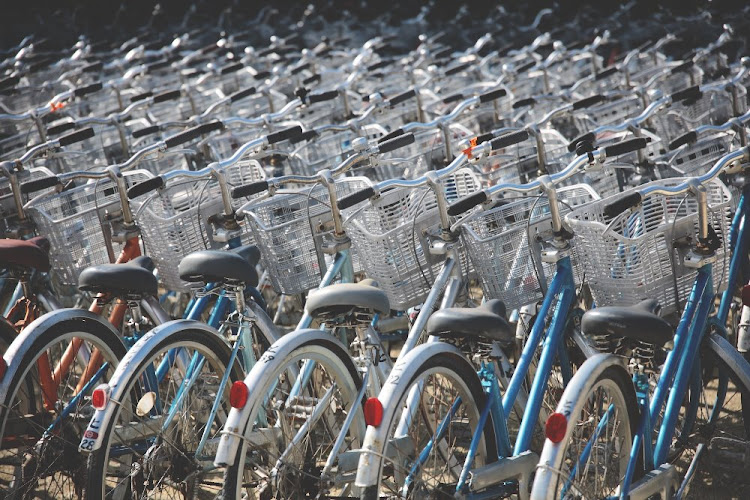 Moscow — In Moscow, online orders delivered in just 15 minutes by bicycle is what the future of shopping may hold.

Russia’s largest technology company, Yandex, is getting groceries to Moscow homes within a quarter of an hour, free of charge. Its new online service, called Lavka, has spread small warehouses across the capital stocked with about 2,000 items and uses bike couriers to deliver orders.

Its strategy is to build market share by being a digital convenience store — the place consumers turn to for ingredients, toothpaste or even a packet of condoms delivered straight to their door.

Founded two decades ago as a search engine such as Alphabet’s Google, Yandex has since upended the local taxi market and launched a variety of other digital services, including restaurant deliveries, as it surpassed 127-billion roubles ($2bn) in sales. The latest push comes as Russia’s once-slow embrace of e-commerce accelerates. While many companies offer delivery of online grocery orders, consistently doing it this quickly breaks new ground.

“We saw that retailers themselves are too slow to deliver, while delivery start-ups that work with third-party stores don’t have real-time access to their assortment and often have to replace goods in the order,” Maxim Firsov, head of the division that includes Lavka, said. “Therefore, we focused on developing our own mini-warehouses with superfast delivery.”

Yandex entered the Russian online grocery business last year, looking to tap a market that the researcher INFOLine estimates could surge about fivefold to 200-billion roubles by 2023. The two largest players right now are Utkonos and Perekrestok.ru, a unit of X5 Retail.

There are loads of services where orders are picked from the shelves of stores, but on-demand grocery delivery is a new retail model. Getir, backed by Yandex CEO Arkady Volozh, uses it in Turkey, while GoPuff is developing a similar business in the US Amazon.com has Prime Now, which offers two-hour delivery. Other companies, such as US-based Instacart, say they can get goods to customers in half that time.

Yandex initially sourced goods from retailer Metro before moving to direct contracts with distributors and manufacturers. It ended 2019 with 50 warehouses and aims to cover all of Moscow with about 200 by the end of this year, while also expanding the service to St Petersburg.

Overall the business has yet to make a profit as the company spends to expand, though the aim is for that to change as more consumers become accustomed to using the service, Firsov said. Some of the warehouses that have existed for several months are serving regular customers and showing “improving unit economics”.

Andrey Ivchenko, a 32-year-old tourism manager, started using Yandex. Lavka in October and places orders two or three times a week for basics such as water and things he and his girlfriend can cook for dinner. His deliveries take seven to 12 minutes.

“I realise it may be more expensive than large grocery chains, but I can afford it,” said Ivchenko, who shops at retail chain Azbuka Vkusa when he has more time or needs delicacies. “It’s a new level of comfort: I can watch TV or do laundry after work, meanwhile my grocery is being delivered. No other service is offering this.”

Each warehouse is about 150m², about the size of a small convenience store, and serves an area within a radius of about two kilometres, facilitating quick deliveries. By comparison, online supermarket Perekrestok.ru fills Moscow orders via truck from three distribution centres ranging from 4,000 to 18,000m².

Yandex refers to its warehouses as “dark stores.” Since they are not serving customers, the company can seek cheaper, less attractive real estate that would not be suitable for a shop. They are located away from street fronts, sometimes in the basement, and feature concrete floors and narrow passages between shelves, with freezer rooms for meat, fish, produce and ice cream.

Average orders range from about 600 to 1,000 roubles with no charge for delivery, though the smallest orders are rejected during peak hours. The most popular products are water, eggs, milk, bananas and lemons. Items including milk, bananas and tea are about 20% more expensive than at Perekrestok.ru, a comparison of both sites showed.

When an order arrives, a warehouse employee sees it on their phone and collects the items in a matter of minutes. A courier delivers the goods within 10 minutes. Most couriers use off-road bicycles suitable for Moscow winters, with almost 20% of them being electric bikes.

In this episode of Velocity - Discount online broker - Robinhood, has had a bumper first quarter and US Tech companies deliver upbeat profits as they ...
Television Shows
6 days ago

Why Naspers’s Prosus split has been a bust

Just Eat has just gone and the discount to its Tencent investment continues to widen. So what’s next for Prosus?
Money & Investing
1 year ago

NEWS ANALYSIS: What next for Prosus after Just Eat defeat?

Takeaway won the battle for UK company to create one of the world’s largest meal delivery companies, writes Mudiwa Gavaza
Companies
1 year ago

In the finally won Takeaway vs Just Eat war, Prosus loses out

Just Eat has accepted an all-share Takeaway.com offer of £5.9bn to create one of the world’s largest meal delivery companies
Companies
1 year ago
Next Article