The iconic Learjet cuts costs as cheaper rivals fly ahead

Newer, smaller luxury aircraft (with more head room) are all the rage, as Bombardier makes adjustments to sell the Learjet at less than $10m 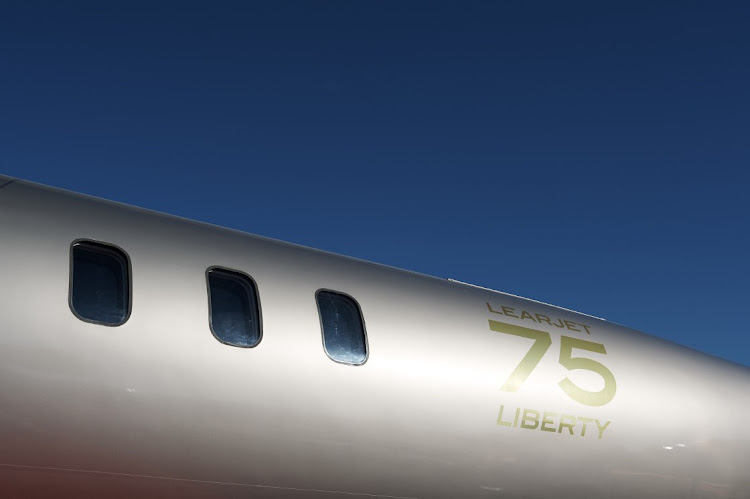 The Learjet 75 Liberty private plane is displayed during the National Business Aviation Association Annual Convention in Henderson, the US, on October 21 2019. Picture:BLOOMBERG/BRIDGET BENNETT

Dallas — Learjet — once the epitome of luxury travel for celebrities such as Frank Sinatra — is gasping for breath, and Bombardier is making a last-ditch attempt to revitalise the brand.

It is a tall task as demand for corporate planes has shifted to larger, more comfortable, longer-range aircraft. That has left the Learjet 75 Liberty competing in a shrinking market with newer and lower-price rivals.

“I think the thing dies a slow death. That’s what we’re seeing,” said Rolland Vincent, an aviation consultant based in Plano, Texas. “It’s a shame. It’s a great brand.”

The plane, modeled by inventor Bill Lear in the 1960s on a Swiss fighter jet, became almost generic for luxe private aircraft, celebrated in song by Carly Simon’s You’re So Vain and Pink Floyd’s Money.

But the brand has been muscled aside by new small aircraft, such as the Embraer Phenom 300 and the Pilatus PC-24, that offer modern features at a lower price. Shipments of the Learjet 75 dropped to 12 last year from 32 in 2015. Only four were delivered in the first half of 2019.

To revive the plane, the brand’s only model still in production, Bombardier, removed two seats to give the remaining six passengers more room. It spruced up seats’ swivel and recline abilities, upgraded connectors for personal devices, and added a stowable ottoman as well.

The company also stripped out a power unit that keeps cabin electricity running on the ground, cutting the price by about $4m to just less than $10m. That puts the tab just slightly higher than the Phenom’s.

“Everything we did is to position this from a price point and operating cost exactly like the competitors and with a better aircraft,” said David Coleal, president of Bombardier Aviation. The small-jet segment of the market “has become fully price sensitive”. The Montreal-based company reports quarterly earnings on October 31.

Bombardier once had big plans for the brand, which it bought in 1990. In 2007, the company unveiled the Learjet 85, made completely from composite materials instead of aluminum. But the ambitious effort ran behind schedule just as Bombardier was bleeding cash on development of the C Series jetliner and the world’s biggest private jet, the Global 7500. The manufacturer pulled the plug on the 85 in 2015.

Meanwhile, demand has shifted to aircraft with the range to cross an ocean and the room to stretch out; the Learjet 75’s cabin is just 1.5m high, meaning most adults can’t stand up. The same is true of other small rival planes.

Large-cabin aircraft are expected to make up about 40% of new private plane purchases in the next five years, according to a Honeywell International survey. Also, prices on used aircraft plummeted after the most recent recession, putting larger pre-owned planes in the price range of smaller models.

Learjet still has a reputation as a speedy plane with handling worthy of its fighter-jet forbears. Bombardier makes about a dozen a year and if the plane can sustain that level, “We feel very good about that,” Coleal said. “As demand and awareness and desire increases, we’ll ramp up production accordingly.”

It’s rare, though, that a plane recovers after features are removed and the price is cut, said consultant Vincent, who helps produces the JetNet IQ market intelligence report.

If the Learjet dies, it will be remembered fondly. “It’s had a long, long productive life,” said Kenn Ricci, chair of Flexjet, which offers the Learjet in its fractional-ownership fleet. “But all good things must end.”

Is your jet fueled by inedible meat waste? (It might be soon)

At a luxury jet show in Las Vegas, alternative aviation fuels are front and centre, and include food byproducts such as fats, grease and beef tallow
World
2 years ago
Next Article