WeWork may now actually work as Adam Neumann steps aside

Neumann succumbing to mounting pressure from his board, resigned as CEO of We Company, and takes the role of non-executive chair 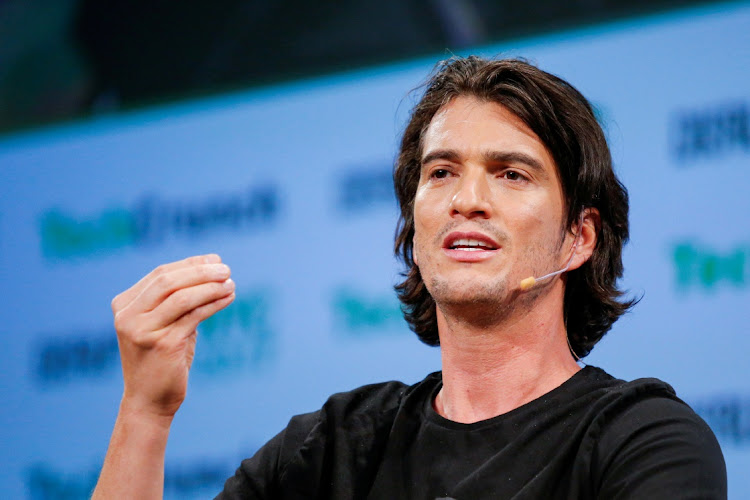 New York/San Francisco/Seattle — Years before he stepped down as CEO of WeWork amid the wreckage of an over-hyped initial public offering (IPO), Adam Neumann was hosting an industry executive for an early lunch at the company’s headquarters. It was the summer of 2017, and he brought the executive over to the office of one of his deputies, Artie Minson. “This is Artie,” Neumann said. “He’s the adult in the room.”

On Tuesday, Neumann resigned as CEO of We Company, WeWork’s parent company, and took the role of non-executive chair, succumbing to mounting pressure from his board to relinquish power. The campaign to get Neumann to step aside came on the heels of reports of self-dealing and other governance issues that caused public investors to spurn the company, sending its expected valuation tumbling by billions of dollars.

Neumann has been replaced by Minson and another WeWork executive, Sebastian Gunningham, who are now co-CEOs of the troubled co-working giant. The two men, both with years of public company experience in various roles — but scant background in real estate — will seek to bring order to the chaos that has surrounded WeWork’s botched IPO.

Insiders describe Minson, an accountant by training who is said to have a dry sense of humor, as the opposite of the extroverted Neumann, who is a natural showman with a propensity for lofty rhetoric. But Minson has a history with the company, having worked closely with Neumann for four years, most recently as the company’s CFO. Gunningham, WeWork’s vice-chair, spent years at Amazon and Oracle before joining the start-up.

Now, the pair will be tasked with rallying WeWork’s employees, all of whom are accustomed to stagecraft from a charismatic founder with a penchant for hiring famous musicians to perform at company functions. And they must also soothe anxious investors, leery of the company’s huge expenses, its history of unconventional governance structures and persistent inability to turn a profit.

Instead of tequila, Neumann produced two bottles of single-malt whisky and meted out small shots. It was before noon

“It is an incredible honour to lead WeWork during this important moment in the company’s history,” the two men said in a joint statement. “Our core business is strong, and we will be taking clear actions to balance WeWork’s high growth, profitability and unique member experience while also evaluating the optimal timing for an IPO.”

On that summer morning in 2017, after he introduced Minson as the resident adult, Neumann and the visiting executive went back to Neumann’s office, where the CEO went on to say he himself had matured as an executive, according to a person familiar with the conversation who asked not to be identified discussing a private meeting. “You might have heard I like a shot of tequila in meetings,” Neumann said. “But I like to think I’ve grown up.”

Instead of tequila, Neumann produced two bottles of single-malt whisky and meted out small shots. It was before noon.

Minson, according to a person familiar with the company, is a polished executive who represents a “sober choice” for WeWork. Minson studied accounting at Georgetown University and earned his master’s in business administration from Columbia Business School. As an accountant, he worked at EY before starting work in the media industry.

Minson did a tour of New York media companies. That included work at Time Warner and at Rainbow Media Holdings, where he was the senior vice-president for finance. Later, as the CFO of AOL, he oversaw that company’s successful spin-off from Time Warner in 2009, following their 2000 merger. His last job before WeWork was as CFO of Time Warner Cable, which he left shortly after Charter Communications agreed to buy the company for $56bn, under his watch.

Minson arrived at WeWork in 2015, starting out as the company’s president and COO, later becoming its CFO. He has acted as a close aide to Neumann, alongside Jen Berrent, WeWork’s COO.

Despite Minson’s numbers-heavy background, he still has “the salesman capability”, said one person who knows Minson but who asked not to be identified speaking about private interactions. Minson would often crack jokes when talking with the investors and analysts at Time Warner Cable, the person said, and was more personable than a typical CFO.

Amazon veteran Gunningham represents the technical chops of the new executive team. He arrived at WeWork last year, after spending more than a decade at the retail giant, where he held a senior vice-president role in which he reported directly to Jeff Bezos.

Gunningham grew up in Argentina and speaks fluent Spanish. He earned an undergraduate degree in maths from Stanford University in 1985, and in 1989 he joined Oracle. Gunningham rose through the company’s ranks to run its Latin American division, based in Miami, before leaving to join Apple. There, he helped the company break into corporate computing.

It wasn’t all tech giants for Gunningham, though. He also ran a company called Peace Software that specialised in managing billing for utilities, and sold it to First Data in 2006. He joined Amazon the following year, back when the company still had a relatively flat structure. There, he built a sprawling organisation to manage Amazon’s fast-growing, third-party marketplace business. Later, he was responsible for implementing automation that made much of that operation obsolete.

Gunningham is said to have adopted some of the leadership tactics of Bezos, who famously asks employees to silently read “narratively structured six-page memos” at the beginning of meetings. Gunningham would ask for business proposals presented as written narratives, and could drill into the details. By the time he left Amazon, was in the top rung of management under the CEO, and was a key Bezos lieutenant.

In a letter to employees on Tuesday, Gunningham and Minson laid out how they would divide the roles of the CEO. Minson will oversee finance, legal, human resources, real estate and communications functions, as well as corporate development, partnerships and ventures. Gunningham will focus on areas including WeWork’s product, technology, design and marketing.

As the pair work to prepare WeWork for another run at the public markets, they vowed to “closely review all aspects of our company” and said they anticipated “difficult decisions ahead”. In the letter, the co-CEOs implored employees to keep their focus on on WeWork’s customers and on their “day-to-day work”, adding “it’s more important now than ever”.

With Spencer Soper and Ellen Huet

US office-sharing start-up was preparing to launch an investor roadshow for its offering this week before making the last-minute decision to stand ...
Companies
2 years ago

The valuation of $10bn-$12bn is vastly lower than the earlier one of $47bn, with investors forcing constraints on co-founder Adam Neumann
Companies
2 years ago
Next Article

SoftBank founder bets on himself as start-ups like WeWork flounder

SoftBank founder bets on himself as start-ups like WeWork flounder