When an unexpected income boost failed to materialise, the luxury carmaker found itself with a £20m gap in its books and a dented reputation 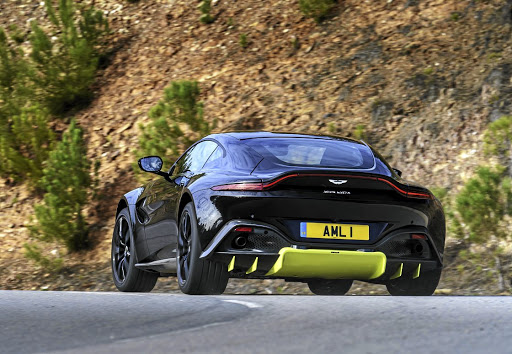 Any investor worth their salt knows that a company’s profit is only an opinion, while cash is a fact. A peculiar contractual dispute involving the beleaguered luxury carmaker Aston Martin Lagonda Global Holdings illustrates this point rather well.

Ahead of its initial public offering last October, the British firm published a prospectus detailing its recent financial track record. The perennially loss-making company had achieved a small £20.8m pretax profit for the first six months of 2018. Good news.

Yet that result benefitted from £20m of unexpected income booked on the sale of intellectual property to a third-party carmaker during the period. The unidentified buyer had approached Aston Martin about acquiring tooling and design drawings for the previous generation Vanquish sportscar, as well as ongoing consultancy support.

With contracts inked, Aston Martin said it expected the cash to arrive in £5m twice-yearly installments. In hindsight, it was not a good sign that the first of these payments was already overdue at the time the prospectus was published.

More than a year after the contract was agreed, Aston Martin has acknowledged that it may never recover the bulk of the money. A disappointing set of results published last month included a one-off £19m provision for doubtful debt.

The identity of the recalcitrant counter-party had always been kept a secret, despite plenty of speculation in the automotive trade press about who would want the old Vanquish designs, and to what end.

But during a call with analysts, Aston Martin’s management inadvertently spilled the beans. A China-based electric sportscar startup called Detroit Electric had sought the company’s help in developing a vehicle chassis system, but then failed to make the required payments.

Detroit Electric is the brainchild of Albert Lam, a former director at the British carmaker Lotus. The headquarters of this aspiring Tesla Inc are in Hong Kong, but its website boasts there is also a “state-of-the-art vehicle development and manufacturing base” in Leamington Spa, England, which is roughly 24km from Aston Martin’s headquarters.

My various attempts to reach the company for comment were unsuccessful. The latest available accounts of Detroit Electric’s UK subsidiary show a loss and net liabilities for the 2017 financial year, while indicating that financial support from group companies remained available.

Aston Martin appears to be the disadvantaged party here but its management credibility has taken another knock. The shares have collapsed by almost 75% since October as it has dawned on investors that the company might not be as resilient as it made out at the time of the listing.

A slowdown in sales volumes in its wholesale business has put a dent in any aspirations to take on Ferrari and to be valued like a luxury goods company rather than a petrol-fuelled metal-basher. It also makes the decision not to bolster the balance sheet with new money at the time of the listing seem reckless.

The carmaker generates little cash but has almost £850m of net debt and lease liabilities. Thus £20m is a lot of money to simply go astray. Its flattering accounting — the company capitalises almost all of its development costs, instead of expensing them in its profit statement — cannot paper over these flaws.

As with those research and development costs, Aston Martin was perfectly within its rights to book the income from Detroit Electric when it did. But it took a while to admit the contract was a bust. Next time a company tells you it has had an unexpected windfall, be sure to check the money’s in the bank.

• Bryant is a Bloomberg Opinion columnist covering industrial companies. This column does not necessarily reflect the opinion of the editorial board or Bloomberg LP and its owners.

BMW’s i3 and i8 are two of only three electric models available in SA, and only 620 units have been sold
National
1 year ago

Thousands turn up for Cars in the Park

Gearing up for Concours SA 2019

Thousands turn up for Cars in the Park

Gearing up for Concours SA 2019