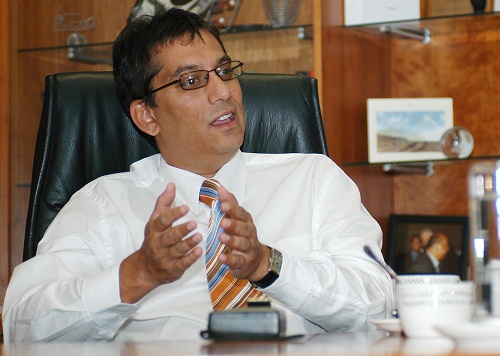 Independent Media did not meet its obligation to the Public Investment Corporation (PIC) to repay its R253m loan in August, as was required by the loan agreement, a reply to a parliamentary question has revealed.

The PIC, which invests more than R2-trillion in government pension and other social funds, made both a loan to Independent Media, and a direct investment in the company in 2013 to facilitate its purchase by Iqbal Surve’s Sekunjalo. In total, R888m was made available.

The PIC’s investment in Independent Media was controversial since its inception as there has been much doubt over whether it would yield a return for the Government Employees Pension Fund. As the PIC’s investments in unlisted companies were not disclosed at the time, there were scant details made available of the transaction.

CAROL PATON: Public has a right to know of PIC’s dealings — even...

In a reply to a question from DA MP David Maynier, finance minister Tito Mboweni confirmed on Thursday that the PIC loan has not been settled.

“A couple of years of difficult market conditions have put immense strain on the performance of print-media companies in SA. Cumulatively in the past two years, the total returns of [Business Day owner] Tiso Blackstar Group are down  78.22% and that of Caxton and CTP Publishers Limited  39.81%.

"Independent News and Media (INMSA) is not different from these listed print-media companies. Due to difficult trading conditions, the loan that INMSA had to settle during August 2018, has thus not been settled. The PIC is in discussions with INMSA on the way forward to resolve this matter,” reads the reply.

The funding by the PIC of private equity transactions, especially those where  transformation of the ownership of the economy is part of the merits of the transaction, are fiercely lobbied for by politically connected individuals, making decisions on which investments to back highly contentious.

TIM COHEN: Survé finds he has no blue chips as he overplays his hand

The PIC looks to divest from under-performing Independent Media

The PIC looks to divest from under-performing Independent Media