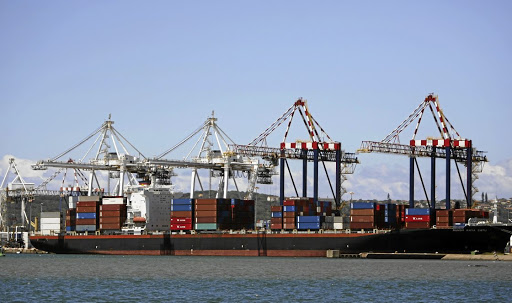 Becalmed: A container ship docks at Durban Port. The performance of Textainer has been chronically below par. Picture: THE TIMES /MARIANNE SCHWANKHART

The board of specialist investment group Trencor has refused to put resolutions proposed by minority shareholders on the agenda for the upcoming annual general meeting.

The refusal could lead to an outbreak of hostilities between the minority shareholders, who have launched the first action yet in terms of section 65 of the Companies Act, and the board.

The resolutions are aimed at removing by-laws that protect the directors and management of Textainer, Trencor’s most valuable investment.

Roddy Sparks, lead independent nonexecutive director of Trencor, said the board did not have sufficient time to determine whether two resolutions by shareholder activist Chris Logan and two other investors complied with the Companies Act. "We have thus decided not to table the proposed resolutions at this stage," Sparks said in a letter to Logan.

Sparks does hold out some hope for Logan’s action, stating: "Once the board has reached a view on the proposed resolutions’ compliance with the relevant provisions of the act, and in the event that it is satisfied that they do in fact comply, the board will naturally table the proposed resolutions as required by the act, and would be prepared to convene a special shareholders meeting for this purpose."

The resolutions proposed by Logan have significant implications for the governance of chronically underperforming global container group Textainer, in which Trencor has a 48% stake.

In financial 2017 Textainer, the world’s third-largest listed container group, achieved return on equity of just 3.7%. This compared with industry leader Triton’s 13.2% and the 12.3% reported by CAI International, the sixth largest.

Textainer’s weak results have dragged down Trencor’s profit and share price, which at R32.70 has fallen 32% in 2018 and is 46% below the R60 reached three years ago.

Logan is calling for the Trencor directors to remove extraordinary powers enjoyed by the Textainer board. Logan believes these powers, granted through provisions in Textainer’s by-laws, have sheltered the management from the consequences of poor performance.

Provisions contained in Textainer’s by-laws make it difficult for a third party to acquire control of the company without the consent of the board. In addition there are by-laws that make it difficult to hold Textainer directors to account for related-party transactions as well as restrictions on shareholders taking legal action against executives and directors.

Logan told Business Day on Tuesday that the by-laws represented a fundamental contravention of basic corporate governance as they prevent shareholders from holding executives to account.

The shareholder activist said his resolution proposal adhered to all the requirements of the Companies Act and he fears the Trencor board is trying to stall the matter.

Logan believes there is adequate time before the August 14 AGM to provide shareholders with the information needed to vote on the resolutions. Logan is concerned the Trencor board will drag the matter out until it completes the planned unbundling of Textainer. The unbundling will involve New York-listed Textainer getting a secondary listing on the JSE and Trencor distributing its 48% stake to Trencor shareholders.

Once the Textainer shares have been distributed, the Trencor board will no longer have influence over Textainer and will not be in a position to challenge the controversial by-laws.

Coronation Fund Managers, which holds 12% of Trencor, would not comment on the shareholder action. Investec Asset Management, which also holds Trencor shares, said its policy was not to speak on individual companies.

The Public Investment Corporation, which owns 11% of the company, did not respond to requests for comment.

Trencor to sit tight with its R1.1bn cash pile

Shareholders in move against Textainer execs

Trencor to sit tight with its R1.1bn cash pile

Shareholders in move against Textainer execs