The e-commerce giant, one of China’s fastest growing start-ups, is offering 85.6-million American Depositary Shares, with Tencent good for $250m worth 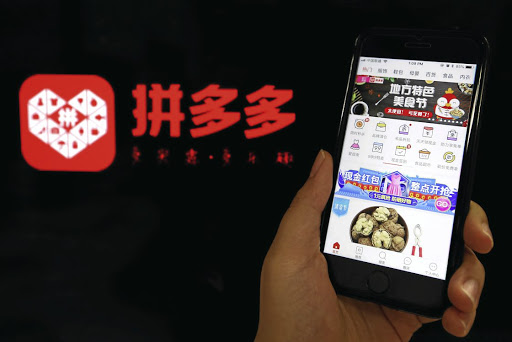 Beijing — Pinduoduo (PDD), the Chinese e-commerce operator backed by Tencent, plans to raise as much as $1.6bn in a US initial public offering (IPO).

The Shanghai-based firm is offering 85.6-million American Depositary Shares at $16 to $19 apiece, it said in a stock exchange filing.

Tencent, the leader in Chinese social media and gaming, and existing shareholder Sequoia Capital both expressed interest in buying $250m worth of stock, the company added.

PDD became one of China’s fastest growing start-ups by creating a sort of Facebook-Groupon mash-up that challenged the e-commerce duopoly of Alibaba and JD.com.

It popularised a format where people spot deals on products from fruit and clothing to toilet paper, then recruit friends to buy at a discount. It can offer savings of up to 20% on market prices by letting consumers buy directly from manufacturers, cutting out middlemen and advertising.

Founded by ex-Google engineer Colin Huang, the three-year-old start-up is said to have targeted a valuation of as much as $30bn, putting it on par with the likes of on-demand services giant Meituan-Dianping.

Based on its filing, PDD would be valued at about $21bn after the IPO. Huang, who launched his career in Silicon Valley before returning home to become an entrepreneur, would control the majority of the company’s voting rights through Class B shares.

"As our three-year-old platform is still burgeoning, we know we face many obvious challenges and uncertainties ahead," the company said in a letter to shareholders.

PDD said Monday it’s handled 262.1-billion yuan ($39bn) of transactions in the 12 months to June for more than 300-million active buyers. That sort of growth helped its valuation jump about 10 times in an April fundraising, people familiar with the deal said at the time. It’s reported a tripling of revenue to $278m in 2017, though losses rose 55% to $79.5m.

Besides its reputation for low prices, PDD has benefited from a large base of users in poorer cities and rural areas. Its daily active users surpassed that of JD in January and reached 55.9-million in June, according to research from Shenzhen-based consultant Jiguang. Alibaba’s Taobao app had 172-million daily active users and JD 34.3-million, it said.

The e-commerce start-up, however, pointed out several risks to its business model, including the potential damage from counterfeits on its site — a persistent and endemic problem in Chinese e-commerce.

PDD’s rapid growth has also led to cases of botched deliveries and damaged merchandise, prompting complaints from unhappy customers. And the bulk-buying business model has waned elsewhere, most famously with Groupon.

The money-guzzling Alibaba Group-owned company needs venture capitalists to step in, insiders say, amid a bitter fight for market share
Companies
3 years ago

Tencent’s stumble may drag down the JSE

The tech company reversed Monday’s gains by falling 2% on Tuesday, and its 31%-owner Naspers is likely to follow suit
Markets
3 years ago

After vanquishing Uber in Southeast Asia, the Singapore company is opening its app to external developers, to offer everyday services and become the ...
Companies
3 years ago

Xiaomi jumps 10% a day after listing in Hong Kong

Netflix has failed its faithful

EDITORIAL: MultiChoice must adapt to change or will risk certain death

MultiChoice calls for Netflix to be regulated

Netflix has failed its faithful

EDITORIAL: MultiChoice must adapt to change or will risk certain death

MultiChoice calls for Netflix to be regulated