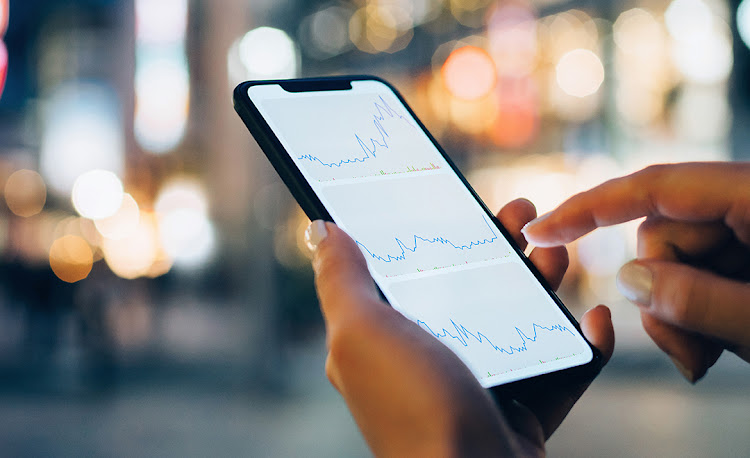 Currency fluctuations are unpredictable – but you can protect yourself. Picture: SUPPLIED/STANDARD BANK

Fluctuations in exchange rates can be a menace for anyone buying foreign currencies, either for a trip abroad or as part of an investment strategy. The exchange rate of any given currency changes constantly, and this volatility can affect your budget.

However, Arno von Helden, co-founder of Shyft, Standard Bank’s forex app, says there are ways to protect yourself against currency fluctuations when buying and storing forex.

Fortunately, there are now various forex apps available that make buying your currency of choice more convenient while making it easy to track exchange rates and to buy when the rate hits a level with which you are comfortable.

Standard Bank’s Shyft forex platform, which allows users to buy, send, store and spend forex, is one such application that has found popularity with South Africans. There has been significant uptake of the app since its launch in 2017, and it has acquired more than 100,000 users since then.

“One of the biggest benefits of the app is the ability to purchase a currency in the Shyft wallet when the exchange rate is favourable,” Von Helden says. “Users can then store that currency in the Shyft digital wallet or transfer the funds to a virtual card at the rate at which it was purchased initially.”

With the means to buy their currency of choice at a favourable rate and park it at that rate, users of Shyft are then protected from fluctuations that may occur thereafter.

According to Standard Bank data gathered from the usage of Shyft, the US dollar remains the most popular currency. It accounts for 50% of total conversions on the app, followed by the British pound at 25%, the euro at 20% and the Australian dollar at 5%.

“The US dollar is the most traded currency for a number of reasons, one of which is its popularity from an investment perspective,” says Von Helden. “Many of our users have offshore investments denominated in US dollar, and our share trading capability is also currently focused on US stocks.”

Relative to the rand, he says, the US dollar is well priced compared with the euro and sterling.

“The largest utilisation of forex from a value perspective is for investment purposes. This is where people are transferring funds into offshore investment vehicles or their own offshore bank accounts, which then go into endowments or other investment-type products.”

This includes offshore share trading capabilities such as Standard Bank Webtrader, which is used to trade shares and other instruments. The buying of US shares with US dollar, for example, means the buyer becomes the beneficial owner of the shares — “whereas, when investing in foreign shares on the rand, the funds effectively haven’t left the country and investors don’t own the shares outright”, says Von Helden.

Another big advantage in this regard is that investors are externalising funds against their foreign investment allowance and can continue to hold those funds offshore, he adds.

But that isn’t the only use for a digital wallet.

“If you are travelling overseas for business or pleasure, or buying something from abroad, you want to make purchases in the currency of that country,” says Von Helden. When paying a currency different from your account’s base currency (the rand, for example), there are always additional expenses involved such as forex spreads or admin fees.

Moreover, not all SA cards are accepted abroad, and those that do come with the caveat of hidden fees tied into every purchase. If the rand depreciates, you end up paying more for your purchases and it becomes easy to lose track of what everything costs.

For that reason, many who travel abroad or make international payments regularly are opting for a Shyft virtual or physical card. As it stands, users can create virtual cards in up to 10 currencies that are linked to their digital wallets. The physical card, which users can order via the app for same-day delivery anywhere in SA, is multicurrency — meaning you can load US dollar, pound sterling, euro and Australian dollar simultaneously.

“Let’s say you are heading to Europe in the next month or so,” says Von Helden. “As a Shyft user, you can purchase those euros ahead of time at a favourable exchange rate, hold them at that rate and then spend them while abroad using your virtual or physical Shyft card.

“This means you can enjoy your travels without having to worry about movements in the rand and the fluctuating cost of your purchases while abroad.”

South Africans can also protect themselves from fees associated with purchases on online sites where products are priced in US dollar or euro, for example, by using a Shyft virtual card set up for that specific currency and purchase. This also makes online shopping safer as your main account details are hidden when using a virtual card.

The success of the Shyft app is demonstrated not only by its significant increase in users since its launch but also by the prestigious awards it has won. It was recognised as the MTN Business App of the Year overall winner and the top app in the financial services category in 2017, and once again walked away as the top app in the same category in 2021.

This article was paid for by Standard Bank.