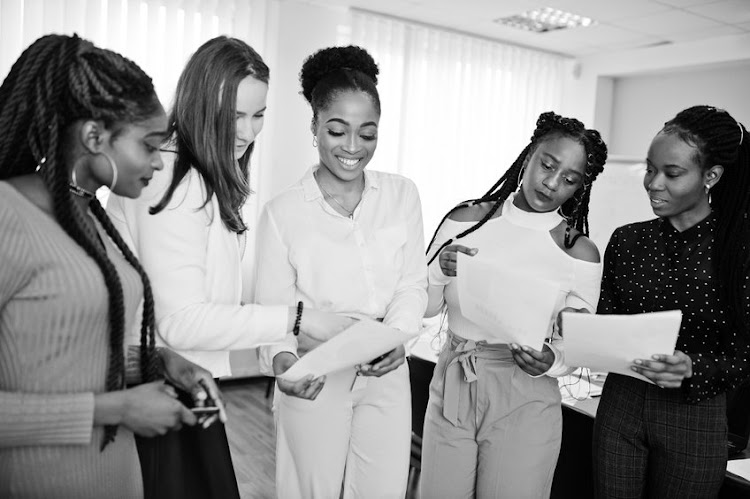 The survey has provided valuable insights into the nature of women entrepreneurs and the effects of Covid-19 on their revenue generation. Picture: 123RF/ASPHOTO777

SA’s women entrepreneurs are job creators. That’s according to the first SA Women Entrepreneurs Job Creators Survey, which found that a third of respondents are not only creating much-needed jobs in the country, but on average have 29 employees in their businesses.

The top 1% of those surveyed employ a thousand or more people. These women are socially minded, optimistic and resilient, bouncing back from the Covid-19 pandemic and positioning themselves for growth.

The survey has provided valuable insights into the nature of women entrepreneurs and the effects of Covid-19 on their revenue generation. As many as 90% of respondents said job creation was an important consideration in starting their business, and that despite the challenges and setbacks of the past year, they are optimistic that not only will their businesses recover within two years, but that their revenues will grow. They report that they are either actively recruiting new staff or planning for new, near-term hires.

Released last month, the survey was undertaken by Lionesses of Africa, a network of more than 1.3-million female entrepreneurs across Africa, together with New York University, and supported by Absa.

“Absa is proud to be partnering with Lionesses of Africa and to play our part in supporting female entrepreneurs to achieve their full potential by meeting their needs holistically through our wide range of innovative products and services and enterprise development programmes,” she said.

Survey data was collected online from 913 female entrepreneurs in SA between November 23 2020 and April 28 2021, and from a further 150 qualitative interviews with female entrepreneurs during the same period. Participants were recruited to represent a wide range of business types, sizes and sectors.

The employer entrepreneurs who participated in the survey have 29 employees, whereas the typical or median entrepreneur employed five staff members, while the top 1% had 1,000 or more.

The majority of those with employees hired their first employee early in the life of their business, 67% within the first year. This indicates that female entrepreneurs are not only creating jobs, but are doing so in the early stage of their company’s life cycle, the survey report states.

Most respondents have at least a bachelor’s degree and about one in five have completed a degree.

Two-thirds of all respondents have launched more than one business over the course of their career.

Survey respondents were asked about their concerns regarding the impact of Covid-19 on their businesses, as well as other pressing social issues — such as unemployment, corruption, the economy, crime and the political landscape.

Covid-19 was an issue of concern (about three-quarters of female entrepreneurs reported that they were “extremely” or “very” concerned about the pandemic), but they expressed even greater concern about other social issues. Respondents were more concerned about corruption, crime, unemployment and the economy than they were about Covid-19.

Most women entrepreneurs experienced revenue losses as a result of the pandemic, with roughly half reporting that these revenue impacts were “extremely negative”.

In terms of future hiring plans, among the entrepreneurs who employ staff, over a third considered current staffing levels to be inadequate for their needs and 41% were actively recruiting. Of those who were hiring, 73% reported that they were hiring to help meet demand, 12% to bring additional skills into the business, and 12% were hiring, or rehiring, to replace employees who had left or were let go.

The founder of Lionesses of Africa Melanie Hawken, said that the survey findings reveal that female entrepreneurs believe in their ability to create jobs, and that this is one of the fundamental drivers of their motivation to build sustainable businesses.

“Women entrepreneurs have job creation in their DNA. Another standout finding from the report was how they fought to protect jobs during the pandemic. More than two-thirds either reduced their own salaries or stopped paying themselves a salary altogether to look after their staff first. Women entrepreneurs are committed to both creating and retaining jobs.”

This article was paid for by Absa.