Deal-breaker vs deal maker: SA firms at next frontier of deal technology 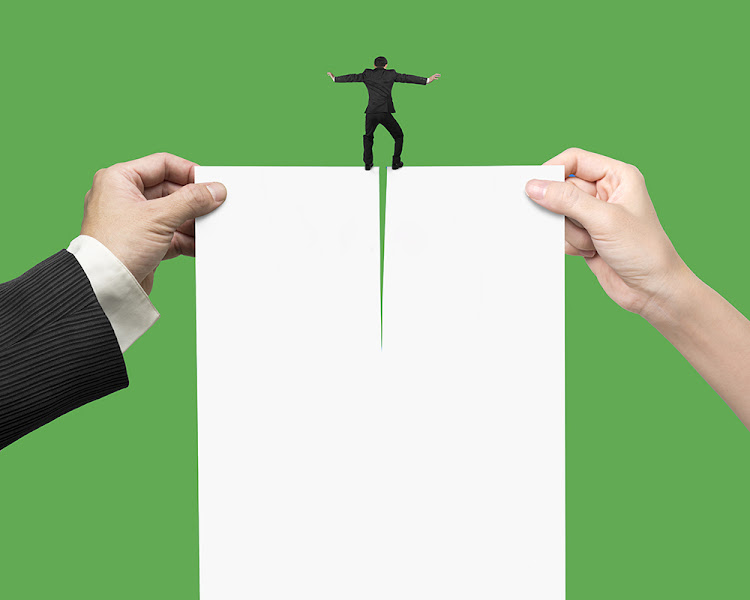 Digital adoption in SA is increasing a rate faster than any other region in the world.

Despite having the lowest average digital maturity today, African organisations are poised to modernise and grow at a pace.

“Africa is a really interesting region. In some countries, you’re skipping over the whole legacy infrastructure and going straight to modern tech solutions,” said Arun Varughese, head of TMT and financial sponsors at Rand Merchant Bank.

“As the tech adoption curve steepens, businesses need immediate access to banking and technology. Tech giants such as Facebook and Google are looking to invest in Africa as the next frontier — we’re going to see a lot of growth in the near term.”

And deal making is no exception. Research by International Adviser shows that 70% of advisory firms in SA have already entered or will enter into an M&A deal in the short term.

M&A will be critical for economic growth in the wake of the pandemic, but to make the most of this rebound, dealmakers need to leverage modern solutions.

Manual deal processes blow out timelines, create information silos, and can lead to a lack of preparation on both sides of the deal. Tracking progress becomes arduous, and informed decision-making, impossible.

“I remember one merger many years ago where we had to fax every single agreement and contract across to 25 parties involved. I spent my Friday evenings operating five fax machines,” says Johan Holtzhausen, PSG Capital CEO. “You couldn’t load more than 15 pages at once.”

These risks don’t start when due diligence does; they can affect the transaction and adviser-client relationships from the earliest strategic work.

Covid-19 has sped up the shift

“Things have changed in the sense that last year we did entire deals virtually. Virtual negotiations can be a challenge; you don’t have that face-to-face element and it can be difficult to read body language,” says Varughese. “You can do an entire deal end-to-end without seeing people in person, which is completely new for us.

“Covid-19 has changed the way deals will get done,” says Holtzhausen. “We can expect to see fewer professional teams flying in and out of new jurisdictions, and more use of technology. That’s one scenario where the Ansarada platform will play a huge role. Deal technology will be the biggest contributor to more efficient deal making.”

“Growth is the mantra for modern business. M&As can be a game-changing opportunity for an organisation to realise potential and drive value for shareholders. In a highly competitive market where the time to close transactions is shorter than ever, modern dealmakers now can leverage deal technology to mitigate risk, boost efficiency and gain competitive advantage,” says Justin Smith, Ansarada chief marketing officer.

What makes a deal?

Ansarada Deals is transforming the world of deals by bringing end-to-end transaction management into a single, centralised system. Consider these four key elements that make a deal, according to the experts.

“A lot of investment banking is relationship building. You differentiate yourself by your relationship to the client, and that means building trust. Trust can be a complicated aspect because it’s built over time by delivering quality service, and advice in deals,” said Varughese. “Trust is really the key to getting deals done.”

“Trust is an important factor; if your system or process is too complicated, the client will struggle. But with a trustworthy system that’s easy to operate, to access, to load or pull data — that definitely plays a role in building trust,” says Holtzhausen. “Ansarada is a technology platform we can trust. Information is readily available, so you can be prepared when the deal starts. You don’t have to worry, and you know you don’t have to worry.”

“Sometimes it takes a while for an organisation to get their information into a data room. Then the buy-side could require extra time for due diligence, blowing a six-week timeline out to 12 weeks. Preparation on both sides of the fence is vital to meeting tight deadlines. If a client and counterparty are ready to go, the deal will get done much faster,” says Varughese.

“Early preparation and standardisation of processes can definitely help you be ready when the button is pushed. It also helps you identify certain weaknesses or aspects to address early on. It will even help you negotiate the transaction, because you know where those weaknesses are.”

“One of the biggest obstacles in a complex transaction is that it takes too much time. The transaction drags on, deal fatigue sets in, and other obstacles can arise when you go over the courting period and there might be regulatory changes. You want deal efficiency.

“If you use a system like Ansarada, you’re a lot more efficient at the start, which will save you a lot more time in the end. Timing is everything in a transaction. You want willing parties, but if you have a good process, that ensures the path to success.”

4. Being able to rely on accurate information

Holtzhausen started PSG Capital in 1998, and today runs about 40 to 50 deals a year.

“If you run the number of transactions that we run, you cannot be everywhere, every day. You can be at milestone events or you can have regular meetings, but you can’t monitor with that accuracy. Now, where I’m concerned about a specific document, I can go into the Ansarada Deal platform and simply click on it. With purpose-built systems and the information you have available, accuracy and efficiency of deal making is much more today.”

One of the cornerstone deals for Holtzhausen last year was the PepsiCo acquisition of Pioneer Foods, for which he was awarded the Deal of the Year award.

“The PepsiCo — Pioneer Foods deal was a complex transaction. You’re talking multiple jurisdictions, multiple approvals, and negotiations with multiple parties to arrive at a suitable price and terms of the transaction. Ansarada played an integral role,” says Holtzhausen.

“With the Ansarada Deals system, for me to be able to go in and see where 10 team members are on any transactions ... for a CEO, it’s a lot easier to have an immediate glimpse of progress when you’re not using disparate systems.”

“For me, the essence of deal making will always remain the same. But a modern dealmaker embraces technology and all those aspects of tech that can improve a deal and make it successful.”

Says Varughese: “A modern dealmaker to me is someone who has changed with the times. They understand that there are whole new ways of looking at transactions and looking at businesses — there is no ‘it has to be done this way’. You can use technology to start conceptualising and executing transactions now — businesses are evolving quickly and dealmakers need to keep up with the pace of the market.”

The risk-averse are preparing on Ansarada Deals for free as you don’t pay anything until the first guest user logs in.

This article was paid for by Ansarada.