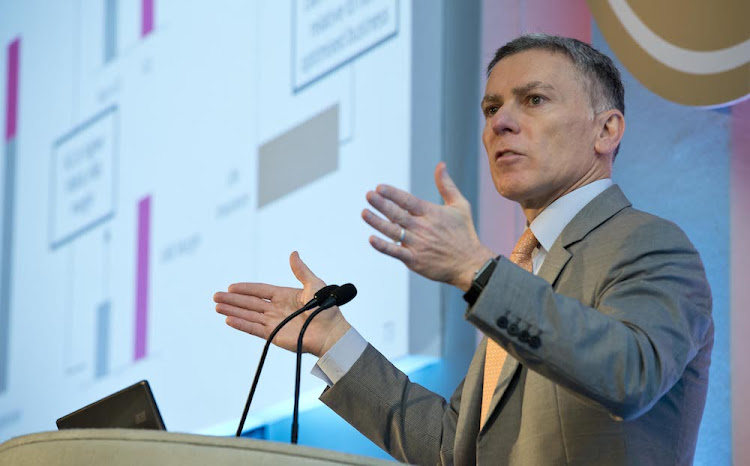 “The accelerated investment of 21% of group earnings over the period, which was in line with budget and provided for in the capital plan, is testament to our deep commitment to build in difficult times,” Gore said.

“The group’s planned investments in our strategic initiatives, most notably Discovery Bank, created an expected reduction in group earnings but also generated pleasing growth, reflected in the 13% increase in new business annualised premium income and traction of new initiatives in both the group’s SA and international markets.”

The group’s embedded value grew by 9% on an annualised basis to R71.2m and capital and cash metrics remained sturdy, with the group holding a cash buffer of R4.4bn. The disciplined organic growth strategy targets profit growth of CPI +10% through investment in new initiatives – these evolve into emerging businesses and ultimately scale into established businesses.

Discovery Health, counting among the group’s established businesses, had excellent results for the period. Operating profit increased by 10% to R3.04m. The group is committed to collaborating constructively with the department of health on the National Health Insurance (NHI) Bill.

“We support the NHI Bill and believe there is an important role for private healthcare, as with every country that has a successful national healthcare system. We do not expect a material long-term impact on the Discovery Health business and are hopeful it may, in fact, provide new opportunities for growth and innovation,” said Gore.

Discovery Life continued to build on its leadership position in the retail protection market. In a complex first half, the business experienced high-value mortality claims, which reduced operating profit by 13% and affected normalised operating profit for the year – down by 9% to R3.2m.

Profits in the second half grew by 15% compared with the first half but remained pressured by the economic environment. On key metrics for the year, Discovery Life performed well due to a significant improvement in the claims experience and the ability to reduce the effects of claims volatility.

Emerging businesses performed strongly, among them Discovery Insure, which reported a full-year profit of R155m, up 128% from the previous period.

Discovery Bank continued to develop its compelling reward structures, including dynamic interest rates, discounts, and e-money, Discovery Miles. The phased on-boarding has ensured that Discovery Bank can refine key elements of the infrastructure for a seamless client experience and value proposition. Although the testing phase ran four months longer than anticipated, the costs of the build, test and running of the bank are all largely within expectation and the rollout since June 2019 has progressed excellently.

The international businesses performed well, with the exception of VitalityLife, which experienced a complex period, hampered by the lower interest rate environment. Vitality UK grew its operating profit by 21% to R1.3m. In the first half of the year, Vitality Group profits grew to R161m, up 71% from the previous year. Ping An Health achieved remarkable growth in revenue of 74% to RMB8.6bn and new business premium grew more than 67% to RMB4.9bn (R10.1bn).

“We are well capitalised for our five-year planning horizon and for continued growth through the combination of robust established businesses, scaling emerging businesses and the new initiatives we are building. Supported by further improvement in capital metrics, we expect to return profit growth to our stated goal of CPI +10%, while making ongoing investments in our new businesses through their start-up phase. The current investment rate of 21% will, however, decrease toward the long-term goal of 10% of earnings over the next few years,” Gore said.

This article was paid for by Discovery.